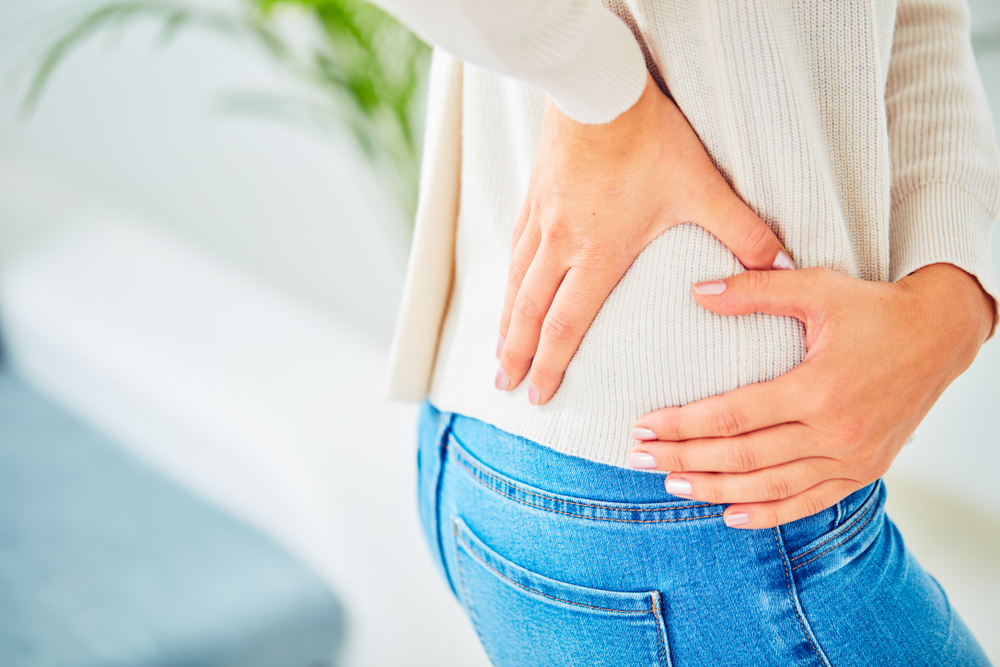 If you’re one of the millions of Americans with low back pain, chances are you’ve tried a variety of lifestyle adjustments and remedies to improve your symptoms. Although it may help to upgrade to a high-tech mattress or an ergonomic office chair, new research suggests that you may be able to improve your back pain via a less obvious (and less expensive) route: by changing the foods you eat every day.

The research, presented at the February 2021 Association of Academic Physiatrists (AAP) digital conference, found a link between what people ate and their chances of having low back pain.

“Our findings suggest that diets that are more anti-inflammatory tend to be better for back pain,” says Valerio Tonelli Enrico, a physical therapist, research assistant, and doctoral student at the University of Pittsburgh, who presented the findings.

“An anti-inflammatory diet would include whole grains and lots of fruits and vegetables — similar to the Mediterranean diet,” Tonelli Enrico says.

Inflammation isn’t always a bad thing: Acute inflammation is actually an important immune response that helps heal injuries or fight illness. But chronic inflammation — inflammation that occurs in healthy tissues or that lasts for months or years — can cause damage and contribute to many chronic diseases, including cancer, heart disease, diabetes, Alzheimer’s disease, and depression, according to the National Institute of Environmental Health Sciences. Chronic inflammation can also play a role in conditions such as arthritis or back pain.

Low back pain is the most common type of pain reported in the United States; one out of every four adults report having low back pain in the previous three months, according to the Centers for Disease Control and Prevention (CDC).

RELATED: Best Home Remedies for Low Back Pain: Advice From a Physical Therapist

The study used data from the 2003–2004 National Health and Nutrition Examination (NHANES) survey database and included 3,966 subjects. The incidence of back pain was assessed by whether or not a participant had experienced low back pain at any time in the three months before the survey.

Diet was evaluated through a survey in which participants were asked to recall all the foods they ate in a 24-hour period. Researchers used the Dietary Inflammatory Index (DII), a measure based on nearly 2,000 studies on different foods and their effect on different inflammatory markers, according to a paper published in 2019 in Advances in Nutrition.

A DII score was assigned to each participant in the trial on the basis of the foods they reported eating; the higher the score, the more likely the diet was considered “pro-inflammatory,” or likely to cause inflammation.

Researchers ranked the participants and placed them into quartiles according to their DII score. People in the top quartile, who had the most inflammatory diet, had a 42 percent higher chance of having low back pain compared with the group with the least pro-inflammatory diet.

“From my clinical experience, these findings make sense,” says Ryanne Lachman, RDN, a registered dietitian with the Center for Functional Medicine at Cleveland Clinic in Ohio. “We do commonly see pain associated with inflammation," she says.

“A 42 percent higher chance of having low back pain with a pro-inflammatory diet is absolutely significant and worth paying attention to,” says Lachman. The DII measurement tool and the inflammatory biomarkers the researchers used are both reliable sources of information, she says.

“The researchers controlled for physical activity, body mass index (BMI), and education, which adds some weight to their findings,” says Lachman. Low back pain can be associated with a higher BMI, and so it’s meaningful that the improvements weren’t just because some people on a low-inflammatory diet weighed less, she adds.

Many of the foods that increase inflammation, or are “pro-inflammatory,” can be found in the standard American diet, also known as the SAD diet, says Lachman. “This is a diet where we consume mainly refined grains that are too easily absorbed and create lingering blood sugar problems and weight gain,” she says. Sodas, fruit juices, trans fats, and meat from grain-fed animals can be pro-inflammatory as well, says Lachman.

“One source of inflammation that I think a lot of people don’t realize are refined vegetable oils such as soybean oil, vegetable oil, and corn oil. They’ve all gone through a high level of processing, and they contain omega-6 fats which are inherently pro-inflammatory,” she says. These oils are not only used in cooking, but often used in baked goods such as cookies or cupcakes.

“Some of these things aren’t outright harmful in small doses, but when we have them embedded in every product, every processed food, and every restaurant uses them, that’s when chronic inflammation can ensue — from chronic exposure,” says Lachman.

RELATED: Good Fats vs. Bad Fats: Everything You Should Know About Fats and Heart Health

For this study, everyone who had experienced lower back pain within a three-month period was included in the study, no matter what the cause.

“Low back pain is a complex syndrome that be caused by many different issues, and not all these individuals who experienced low back pain had inflammation as a main driving cause. Some people might have back pain because of an injury or mechanical issue,” says Tonelli Enrico.

Inflammatory back pain is typically caused by a form of inflammatory arthritis, such as ankylosing spondylitis or psoriatic arthritis, according to the National Institute of Neurological Disorders and Stroke.

Mechanical causes of back pain can result from such things as sleeping on a bad mattress, straining your back during a workout, or being injured in a fall or a car accident.

“If we can zero in on the subset of people with back pain where inflammation is the most important factor, I think that an anti-inflammatory diet might even make a bigger difference in reducing the likelihood of lower back pain,” he says.

Although diet may help improve pain, people shouldn’t think that food has the immediate effect that pain medications may provide, says Lachman. “If you change your diet and don’t feel different in the short-term, don’t get discouraged,” she says.

Following an anti-inflammatory diet isn’t just about eliminating foods that cause inflammation, says Lachman. “We also need to eat enough of the kinds of foods that will reduce the triggers for inflammation.”

Although your body produces AGEs naturally and they are found in raw animal products, cooking, especially at high temperatures, forms new AGEs. High levels of the compounds in tissues and blood can trigger an inflammatory response and are suspected to increase inflammation in the body.

To limit this effect, try preparing meat dishes that call for steaming, simmering, or braising, and cut down on processed foods, which have often been exposed to a high cooking temperature to increase their shelf life, according to the Arthritis Foundation.