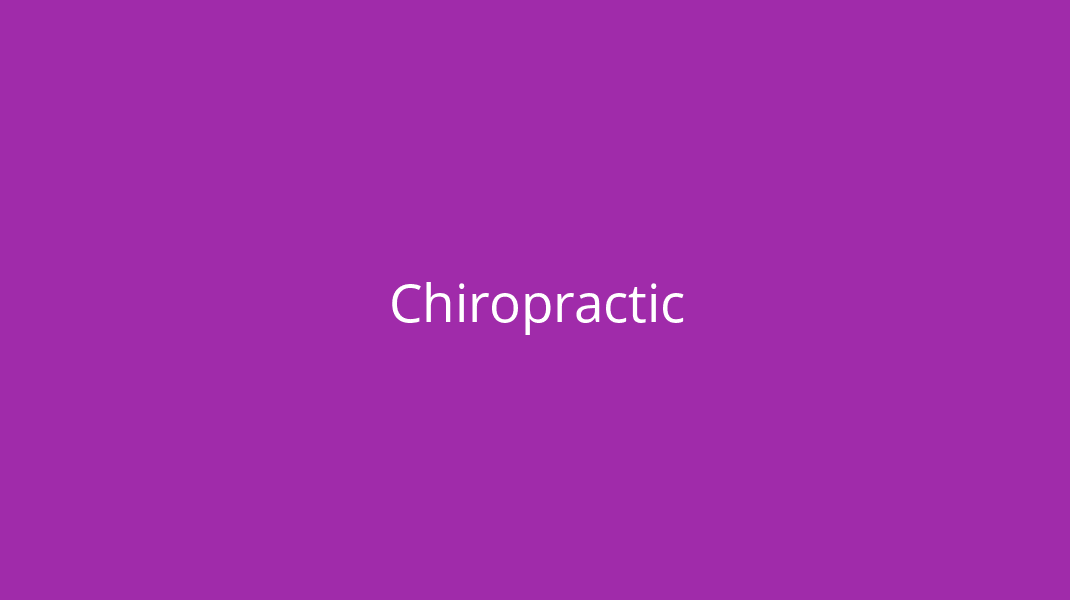 Joel M. Stevans, DC, PhD, et al, recently published an original investigation that raises concerns about how acute low back pain (LBP) is treated in a primary care setting, which may lead to suboptimal care decisions or the development of chronic LBP.

The paper, crafted by a team of multidisciplinary clinicians at the University of Pittsburgh, Boston Medical Center, Johns Hopkins, and other academic medical centers, concluded that the transition from acute to chronic LBP is much greater than historically appreciated at 32% and has increased correspondingly with early exposure to care that does not abide by recommended clinical guidelines.

This newest finding echoes other recent studies showing that, while the majority of acute LBP cases are resolved without reoccurrence, roughly one-third of patients become chronic back pain sufferers. One of the most compelling new points in the Stevans study is the higher incidence rate of chronic pain when clinicians do not follow prevailing guidelines, namely those from the American College of Physicians (ACP), which strongly recommend less-invasive, non-pharmaceutical first-line approaches.

Opioids, the ACP notes, should only be considered as an option in “patients who have failed the aforementioned treatments and only if the potential benefits outweigh the risks for individual patients and after a discussion of known risks and realistic benefits with patients.”

In addition, to help alleviate the burden of care placed on PCPs, the author recommends expanding referral network to doctors of chiropractic (DCs) and physical therapists at the initial acute stage to help prevent LBP from becoming chronic, even among low-risk patients.

Low back pain is the top cause of disability around the world. Globally, 577 million people reported LBP in 2017, up from 377.5 million people with LBP in 1990, a growth rate outpacing the population increase. In the US, low back and neck pain had the highest expenditure among 154 conditions evaluated, with an estimated $134.5 billion in healthcare spending attributed to their care. Further, while only 1.2% of patients with LBP receive surgery for the condition, they account for nearly 30% of costs.

Conservative, non-invasive treatment guidelines for LBP can reduce these costs and improve patient outcomes. The authors of a 2018 Lancet multipaper series on the condition came to the same conclusion. Such guidelines consistently recommend reassurance (eg, most episodes of acute LBP resolve quickly and have a very low likelihood of serious underlying pathology) and advice to maintain activity as tolerated.

Stevans’ team pointed out, however, that guideline-concordant care has not been successfully implemented in primary care.

Stevans’ team based its findings on outcomes from 5,233 patients with acute LBP from 77 primary care practices. Patients were considered to have chronic LBP if they reported the presence of pain for more than three months, and experienced pain at least half the days over a period of six months.

The researchers found that nearly half of these patients received at least one nonconcordant recommendation within the first three weeks of their first primary care visit, which included interventions such as:

In addition, 1,544 patients received prescriptions for non-recommended medications – 999 of these were opioids. Even after controlling for patient characteristics, such as obesity, and clinical characteristics, such as baseline disability, increasing numbers of nonconcordant management approaches increased the likelihood of individuals having chronic LBP within six months of their first primary care visit for acute low back pain.

Stevans et al noted that one reason for poor implementation of LBP guideline recommendations in primary care may trace back to medical physicians’ musculoskeletal training, citing studies from 2005 and 2007. A more recent survey from 2018, however, echoed those earlier findings reporting that only 27% of allopathic medical students thought that their MSK education was adequate. As a consequence, 37% of allopathic medical students reported they were inadequately prepared for related content on their US medical licensing examinations. While osteopathic students’ confidence in their education was higher (57%), the data still indicates a need for PCPs to consider other non-pharmacologic pain management options, such as referring to a DC or physical therapist, if their initial recommendations, such as heat, ice, exercise, or rest are ineffective or not achieving the patient’s therapeutic goals.

As a DC, I believe doctors of chiropractic are ideal referral partners for primary care physicians because they receive at least four years of postgraduate education focused exclusively on identifying, preventing and managing neuro-musculoskeletal disorders, including a minimum of 4,200 hours of classroom, laboratory, and clinical experience.  To then earn a license and practice, all states also require a degree from an accredited chiropractic doctorate program and passing all four parts of the National Board of Chiropractic Examiners exam.

Likewise, doctors of physical therapy (DPTs) must earn their degree from an accredited program, which typically lasts three years, and pass a state licensure exam to practice. DPTs can offer a variety of treatments for low-back pain, such as targeted exercises aimed to prevent disability and improve function. DCs and DPTs are also known to collaborate, and even practice together, with DPTs concentrating on rehabilitation and exercise and DCs focused on diagnosis and spinal manipulative therapy.

Another crucial consideration is that chiropractic and physical therapy are, and always have been, a nonpharmacologic clinical pathway. Numerous studies have demonstrated that patients with low back and other types of neuro-musculoskeletal pain receive fewer opioid prescriptions when they receive care from a DC. Referring patients to such non-prescribing doctors can help avoid nonconcordant care while protecting patients from the inherent health risks associated with opioids, which when prescribed for pain are strongly linked with developing opioid use disorder.

Overall, both the data and the clinical guidelines point to placing more emphasis on preventing the development of chronic LBP through nonpharmacologic care – this must begin in the primary care setting.

Disclosures: Sherry McAllister, DC, is president of the Foundation for Chiropractic Progress (F4CP). A not-for-profit organization with nearly 29,000 members, the F4CP informs and educates the general public about the value of chiropractic care delivered by doctors of chiropractic (DC) and its role in drug-free pain management.