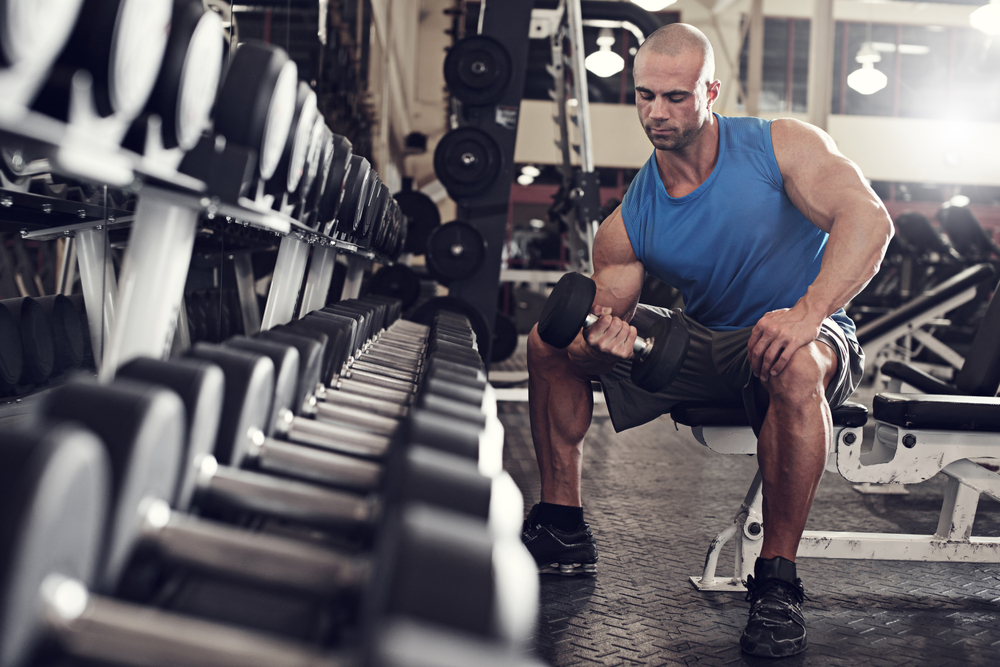 Want to step up your strength game but don’t have more time to spend in the gym? Incorporating drop sets into your training is a time-efficient way to add variety and intensity to your workouts. Here’s what this weightlifting technique is all about.

Drop sets are consecutive sets of the same exercise performed back to back with minimal rest. You break only to lower the weight or resistance (usually by 10% to 20%), stopping once you’ve completely fatigued the muscle.

“The term ‘drop’ refers to progressively reducing resistance as the set progresses,” Michael Julom, certified personal trainer and founder of ThisIsWhyImFit.com, an online health and fitness community, tells Runner’s World. “You start your set with a load you can lift for a target number of reps, and when you can’t do another with good form, you select a lighter weight and keep going.”

For example, a drop set sequence for biceps curls may look something like this:

Notice that the rep breaks aren’t particularly neat or even. Unlike traditional resistance training that follows pre-planned rep schemes, drop sets are determined by your level of strength and endurance. “The point of the drop set isn’t mathematics; it’s in the overload experienced by the muscles,” Julom says.

That being said, drop sets are a bit of a numbers game. “Muscles are made up of thousands of individual muscle fibers. The body is hardwired for efficiency, so the fewest number of fibers possible will be recruited for a task,” Julom says. This is good for conserving energy but bad for muscle development, which, research shows, is stimulated by stress. “The logic [behind drop sets] is that you perform reps with a weight until you can’t anymore, then pick up a lighter one that you can and repeat the process. As the muscle fibers within a muscle tire out, more fibers must be recruited if work is to continue.”

Essentially, drop sets allow you to push beyond the body’s natural predisposition for efficiency, increasing the potential for muscle-building stimuli.

And for runners who’d rather spend their time pounding pavement than pumping iron, employing drop sets can help reduce gym time without diminishing results. One study published by the Journal of Sports Sciencescompared the results of participants who, over the course of eight weeks, performed biceps curls according to either a traditional resistance training model or utilized a drop-set lifting scheme.

The lifters who followed the traditional model completed three sets of high-weight reps interspersed with rest intervals. The drop-setters performed a single high-weight set followed by sets of progressively lighter reps. In terms of hypertrophy and strength gains, the results of the two groups were similar. But, the participants who performed drop sets spent significantly less time working out.

“The active muscles not only perform the lift but also must support the spine and key joints, such that technical fatigue introduces risk for significant injury,” Julom says. “Technically challenging lifts require excellent form for each and every rep; tanking on your form for even one rep could spell very bad news.”

How quickly you can reduce your lift weight is also an important consideration, as effective drop sets require minimal rest time. For that reason, hand weights and cable machines can be more conducive to drop sets than barbells, as it takes far less time and effort to adjust a pin or switch to lighter dumbbells than it does to change weight plates.

Drop sets don’t belong in every workout, Julom says. “They should be used sparingly due to the recovery demands. A well-executed drop set deeply fatigues the target muscles to the degree that if they’re done frequently, overtraining can easily occur,” he says.

If you’re following a periodized training program, try scheduling drop sets in the later weeks of each cycle before a rest period to allow more time for recovery.

For the same reason, don’t start a workout with drop sets, as they’ll quickly exhaust your muscles and render the rest of your workout useless. Instead, save them for the end of a session when your muscles are already tired (remember: muscle fatigue is the whole point!) and reserve them for just one or two exercises. For example, end an upper-body workout with a drop set of seated lat pull-downs, or finish off leg day with seated leg extensions performed as a drop set.