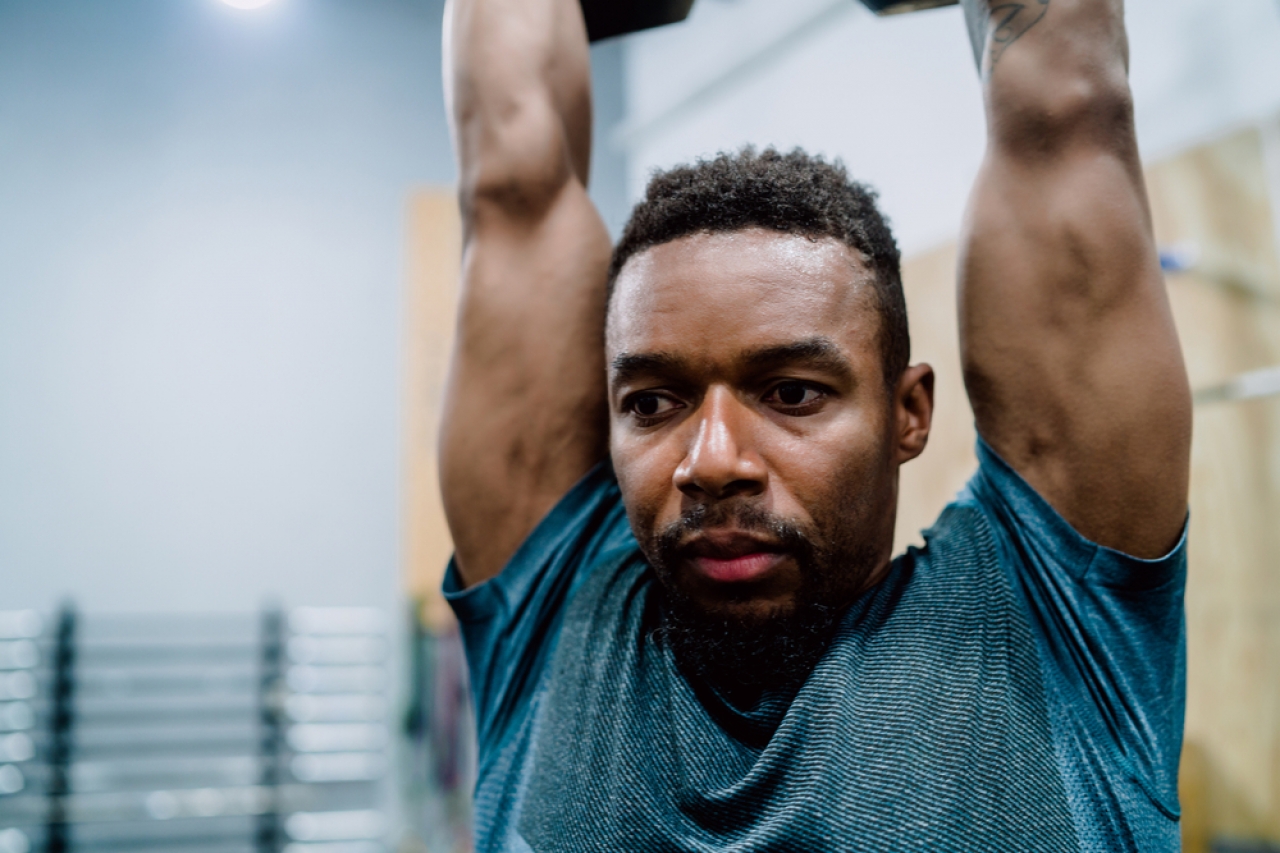 José Ruiz followed every fitness rule. He did a balance of cardio and strength multiple times a week. He ate a regimented diet of 60 percent carbs, 20 percent protein, and 20 percent fat, with the occasional cheat day. He even spent time working with personal trainers. He was cut but he wanted to be ripped. By all accounts Ruiz, a nutritionist, shouldhave been packing on muscle with every gym session, but two years ago he hit a major plateau and hadn’t been able to up his gains since. Then, thanks to a new workout approach, he gained 19.8 pounds of muscle in 12 weeks.

Ruiz had always been into fitness, especially boxing and cardio. He stayed away from fad programs and stuck to routines he designed himself or those recommended to him by a personal trainer. One day while scrolling through Instagram, he discovered New Rules of Muscle(available on DVD and the new streaming All Out platform),created by Men’s Health fitness director Ebenezer Samuel, C.S.C.S. and decided to commit to the 28-day program.

The program, which features amped-up versions of tried-and-true moves to shock muscles into growth, totally changed the way Ruiz worked out. He ditched his old routine and started focusing on thetime-under-tension, constant-tension, and unilateral techniquesfeatured in the program. His new workouts included variations on bicep curls, dumbbell rows, squats, and other foundational moves.

“I was surprised to see how performing each exercise in a slow and detailed way, plus focusing on tension and working large muscle groups, could make such a difference,” says Ruiz. “My muscles are more defined than they’ve ever been.”

Ruiz committed to performing New Rules workouts every day, but allotted a few rest days when his work schedule got busy. During every workout, Ruiz targeted two muscle groups and alternated between lower and upper body sessions. He continued to stick to his 60/20/20 diet, eating lean protein like eggs and chicken, plus tons of fruits and vegetables. He also made sure to always get a good night’s sleep. After beginning the program, he started to notice a difference in three weeks.

“I felt so happy when I started to notice a change because before New Rules I was working hard every day and had never been able to exceed 154 pounds,” says Ruiz. “Now I'm 167 and I think I can still get more. It’s really motivating and has led me to become more disciplined in life.”

After 12 weeks he added around one inch to his arms, quads, and calves. Ruiz says he feels stronger than ever and went from being able to squat 195 pounds to 290 pounds.

“I feel at my best. My energy is high and I don’t get tired so easily,” says Ruiz.

“These have been the best exercises for me in terms of gains and muscle definition,” he says. “They’re so different from everything else I’ve ever done.”

Want to make your own transformation? Try the New Rules of Muscle yourself, available on DVD or the new All Out Studio streaming platform, alongside other super effective Men's Health fitness programs.