Asthma and Diet: Here’s What You Should Know 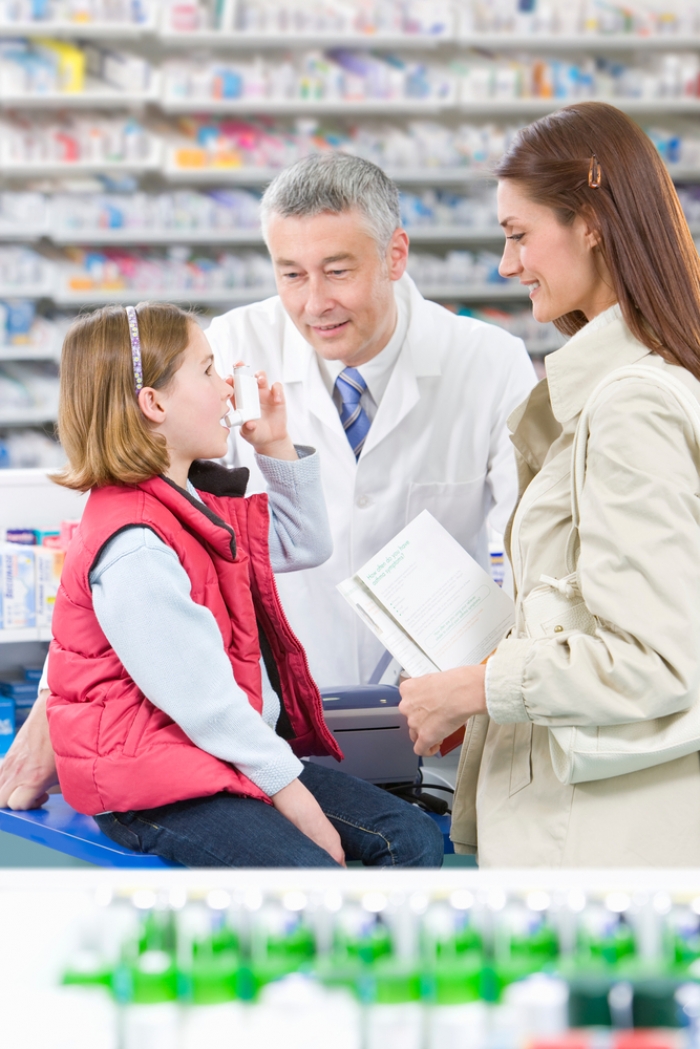 Asthma is a chronic lung disease that can start at any age. It causes the lining of the bronchial tubes—the airways leading into your lungs—to become red, swollen, and sensitive. Once these airways are inflamed, they become hypersensitive to triggers that may not bother others. Under these circumstances, triggers can lead to an asthma attack: The airways’ lining further swells, the muscles that wrap around the bronchial tubes tighten or spasm, and more mucus than usual is produced, which can clog the airways. As a result, the airways become even narrower, making it harder to get air into the lungs.

What Are the Dangers of Uncontrolled Asthma? When not properly managed, asthma can be dangerous and potentially fatal. According to the most recent numbers from the World Health Organization, asthma caused461,000 deaths worldwide in 2019. Avoiding triggers and using medications are the primary interventions for managing asthma. Researchers are investigating healthy lifestyle behaviors, including diet, that may help prevent or manage asthma, lower morbidity and mortality, and improve quality of life.

There is rising interest in the impact of diet on an asthma patient’s condition. “While lifestyle medicine in pulmonary disease is in its infancy, evidence-based practice and lessons learned from lifestyle interventions in other chronic diseases, such as diabetes and atherothrombotic vascular disease, should impart critical insights for lifestyle interventions in asthma,” says Sharmilee Nyenhui, MD, a researcher from the University of Illinois at Chicago’s Division of Pulmonary, Critical Care, Sleep and Allergy, who recently co-authored aon the subject. Global rates of asthma began steadily rising in the 1980s with the spread of the(aka the Standard American Diet), characterized by highly processed convenience foods, fried foods, refined grains, sweets, processed and red meats, and high-fat dairy products, with low intake of fruits, vegetables, and whole grains.  In 2015,surveyed the eating patterns and asthma rates of children in Puerto Rico. They found that a dietary pattern including frequent consumption of dairy products and sweets, sodas, and snacks, with infrequent intake of vegetables or grains, led to increased odds of asthma in the children.  Fast food, a hallmark of the Westernized diet, has also been implicated in asthma. The International Study of Asthma and Allergies in Childhood, a large-scale epidemiological study, leveraged data on the dietary habits of a half million children and adolescents from around the world. Those who consumed fast food three or more times per week had an increased risk of severe asthma, according to the. Inflammatory Foods “Westernized diets are typically high in energy-dense foods that contain a high proportion of saturated fat, which has been shown to increase airway inflammation, contributing to asthma symptoms,” says Lisa Wood, PhD, professor of biomedical science at the University of Newcastle in Australia. Wood researches nutrition, inflammation, and pulmonary disease at the university’s Priority Research Centre for Healthy Lungs. In one of Wood’s, researchers looked at asthma patients four hours after a low-fat or high-fat meal. They found that those who ate the high-fat meal had more airway inflammation and a suppressed response to their inhalant medicine.  The Westernized diet is also low in foods that are sources of antioxidants and soluble fiber, such as fruits, vegetables, and whole grains, which have been shown to protect against airway inflammation and improve asthma control, says Wood. Obesity The spread of the Westernized diet also corresponds with the rise in, a chronic disease that is associated with increased asthma risks. In ain theAmerican Journal of Respiratory and Critical Care Medicine,researchers found that risk of asthma increases 50 percent in those who are overweight or obese, and the incidence of asthma increases as BMI increases. Obesity also dulls the responsiveness to asthma medicines so that obese asthma sufferers have to use higher doses of drugs like corticosteroids.have found that obese adults have a four- to six-fold risk of being hospitalized compared with lean adults with asthma. “Weight management is an independent factor that can help with asthma,” says Hana Kahleova, MD, PhD, MBA, director of clinical research at the Physicians Committee for Responsible Medicine. Gut Dysbiosis Gut dysbiosis can lead to increased permeability of the intestinal barrier and result in low-grade systemic inflammation, and inflammation is the underlying cause of asthma. “The gut microbiome has been shown to play an important role in asthma development,” says Kahleova. While it didn’t look at asthma specifically, afound that children eating a diet heavy in animal foods and processed food had lower levels of anti-inflammatory gut bacteria strains than children eating a predominantly plant-based diet.  In his book,, describes a study in which researchers analyzed the dirty diapers of 300 infants at 3 months old. He writes: “They discovered that specific changes in the gut bacteria this early in life already predicted which children would subsequently develop asthma years later. But to prove that the gut microbes were actually causing the asthma, they transferred the stool from the diapers into special germ-free mice. Yes, they did a fecal transplant from a human into a mouse. … The mice all developed inflamed lungs, indicative of asthma.”

Aby the European Academy of Allergy and Clinical Immunology Lifestyle and Asthma Task Force concluded that the existing evidence supports recommendations in clinical practice to increase the intake of fruits and vegetables as a way of reducing the risk of asthma, particularly in children. In the Harvard study of Puerto Rican children, the children with a healthy diet (defined in the study as frequent consumption of vegetables or grains and infrequent consumption of dairy products and sweets) had, on average, 83 percent lower odds of asthma than children eating an unhealthy diet. The researchers found that a healthier diet was associated with lower inflammatory cytokine levels.  Fruits and vegetables—and other plant foods such as whole grains, seeds, nuts, and legumes—are high in antioxidants, which protect against inflammation. They also are rich in fiber. When you consume fiber, your gut microbes produce short-chain fatty acids that reduce inflammation, such as butyrate. “Plant-based foods support the biodiversity of the gut microbiome and also promote the bacteria that are anti-inflammatory,” says Kahleova of the Physicians Committee for Responsible Medicine.

Can Dietary Changes Reduce Symptoms in People Who Already Have Asthma? In aof asthmatic adults conducted by Wood’s team in Australia, patients were assigned for two weeks to diets with varying levels of antioxidants: one group ate a high-antioxidant diet with five servings of vegetables and two servings of fruit daily; a second group ate a low-antioxidant diet with two or fewer servings of vegetables and one serving of fruit daily. After the two weeks were up, researchers continued to monitor the subjects for three months. They found that the high-antioxidant group, on average, went significantly longer without experiencing an asthma attack. The low-antioxidant diet group was more than twice as likely to have an asthma attack.  Anecdotally, Forks Over Knives has heard from people who have had success in controlling their asthma after adopting a whole-food, plant-based diet: Asthma Held Me Back Until I Tried a Plant-Based Diet Eczema, Arthritis, Asthma, Migraines—All Gone After Going Plant-Based Experts continue to research just how much of an effect diet has on asthma, with the goal of someday developing standardized dietary guidelines. The availableshows that eating a plant-predominant diet rich in fruits, vegetables, whole grains, and other fiber-rich foods can help mitigate asthma by contributing to a healthy weight, balancing a healthy gut environment, and protecting against systemic and airway inflammation.  “The best dietary strategy for asthma is to consume a diet high in fruits and vegetables and low in fast foods, whilst achieving and maintaining a healthy weight,” says Wood. “This strategy will protect against inflammation, which is the underlying cause of asthma.”