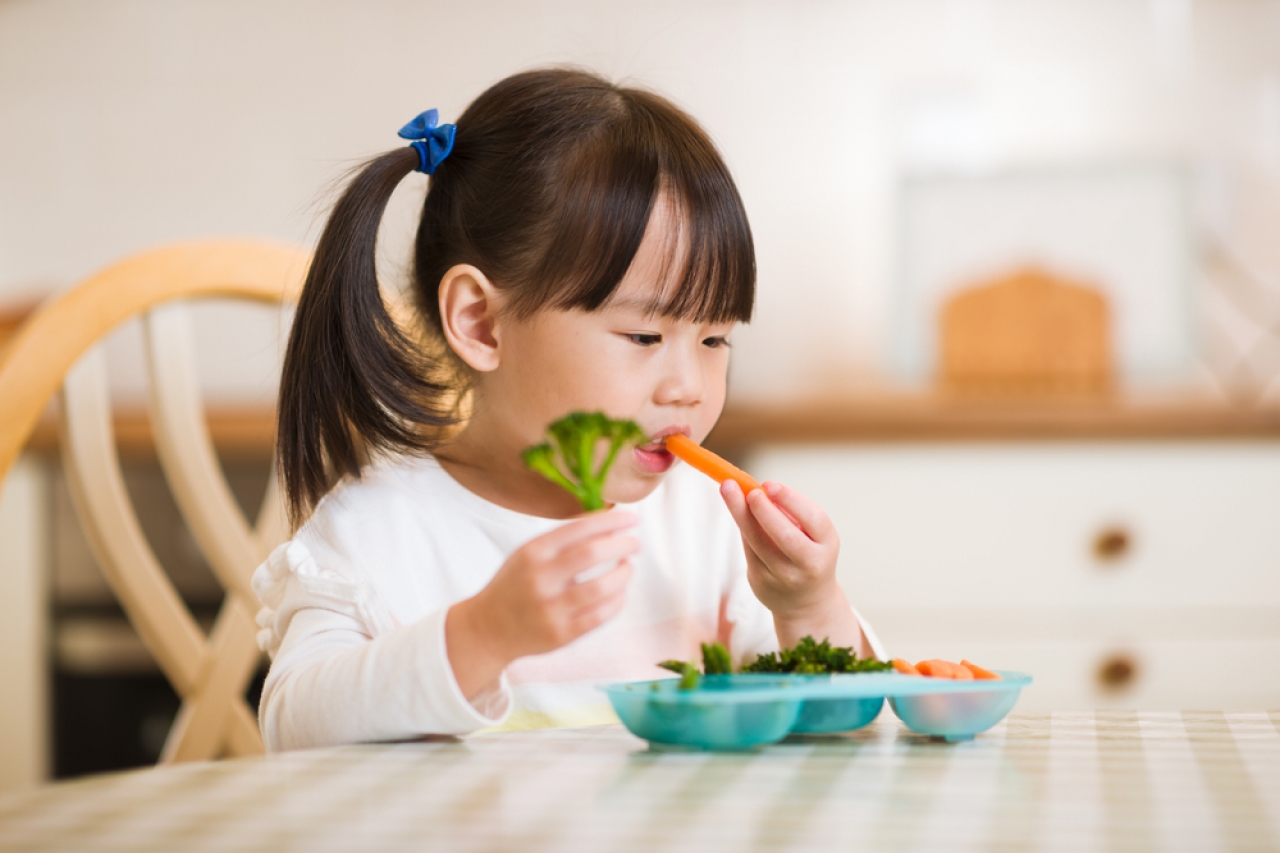 What if you ate only foods that took into account your specific metabolism – your family history– and how much you exercise. Would that be a good thing?  Today, we start with the question – how useful is personalized nutrition?

Personalized nutrition is rooted in the concept that one size does not fit all, and who doesn’t want to think they’re special? The concept of personalized nutrition is inherently appealing to the human ego. Simple messages recognizing individuality therefore resonate deeply with consumers, explaining the popularity of such messages in sales and marketing. Even to the point of manufacturing personalized food for people uniqueness, suggesting 3D food printing as a good candidate for food customization.

Now, there certainly are some legitimate differences between people. Some have a peanut allergy and keel over if they eat a peanut. And others have celiac disease and have to avoid gluten, or genetically are lactose intolerant. There’s an enzyme mutation common in some parts of Asia that protects against alcoholism because you don’t metabolize alcohol as efficiently; so, toxic metabolites build up. I did a fascinating video about fast versus slow caffeine metabolizers, and the difference in health benefits that actually extends to athletic performance. Caffeine is ergogenic, performance-enhancing––but only in fast metabolizers, shaving more than a minute off a 10 kilometers of cycling, whereas slower metabolizers got no benefit, or caffeine actually slows them down, adding two minutes to their cycling time, depending on which kind of genes they have that codes the enzyme that breaks it down. But for most people, in most situations, we are more similar than different.

While there is undoubtedly a speciﬁc minority of individuals who clearly require a more personalized approach to nutrition, there is presently insufﬁcient rationale for truly personalized nutrition for the majority of people. Yet, there is an astonishing number of direct-to-consumer (DTC) genetic testing companies that have proliferated offering personalized nutrition advice; for example, supplement-hawking companies claiming to help consumers optimize micronutrient status on the basis of a handful of genetic variants. But the majority of these variants explain just a few percent of the difference in levels between individuals.

Personalized nutrition is part of a broader push towards “personalized medicine,” also known as “precision medicine,” given the ‘‘massive cultural allure’’ of personal control over prevention, diagnosis, and treatment of disease, stimulating demand and prompting intense commercialization. But unlike monogenetic diseases—which are rare genetic diseases caused by a single malfunctioning gene like hemophilia or sickle cell anemia—most diseases are caused by a complex interaction between multiple genes with environmental factors, which pose a major challenge for the realization of personalized medicine.

Take something like adult stature, for example. We’ve found at least 40 locations on our chromosomes that have been associated with human height, which is strongly inherited. The genes from your parents account for about 80 percent of the difference in height between people; yet all those dozens of genes we’ve found explain only about five percent of height variation between people.

Researchers find those genetic links by using what are called genome-wide association studies, where you scan through all the chromosomes and look for statistical associations between diseases and any particular stretches of DNA. Okay, that’s interesting, but what companies marketing genetic susceptibility tests are doing is reinterpreting these data as if they were predictive of individual risks. But all you’re really getting are modest genetic associations, with a slight increase in the risk of disease and with little predictive value when compared to more significant contributions of things we already know, like lifestyle behaviors. Currently, the practice of utilizing the DNA of an individual to predict disease has been judged to provide little to no useful information.

For example, let’s say your genetic analysis says you’re at slightly greater risk for some grave condition compared to others in your ancestral group. This person was given advice to exercise, keep their weight down, not drink too much alcohol, and eat fruits, vegetables, and whole grains. Okay, solid advice. But this is how we should live regardless of our genetic risk. And we all know (or should know) these simple, bedrock strategies to reduce the risk of common chronic diseases in general. The problem, of course, is that very few individuals live that way. Actually, to be more precise, almost nobody lives that way. That’s not just hyperbole; nationwide surveys show that nearly the entire U.S. population consumes a diet that is not on par with even the wimpy dietary guidelines recommendations.

In other words, almost no one in the United States is eating a healthy diet. Studies like that remind us that from the perspective of public health, worrying about personalizing our preventive strategies based on genetic risk information borders on the absurd.

In our next story, we ask ourselves – if doctors can eliminate some of our leading killers by treating the underlying causes of chronic disease, why don’t more doctors do it?

Though I was trained as a general practitioner, my chosen specialty is lifestyle medicine. Yes, most of the reasons people go to see their doctors is for diseases that could have been prevented, but “[l]ifestyle medicine is not just about preventing chronic disease[s], but also about treating [them].” And not just treating the disease; it’s “treating the causes of disease.”

If people just did four simple things—not smoking, exercising a half-hour a day, eating a diet that emphasizes whole plant foods, and not becoming obese—that may prevent most cases of diabetes and heart attacks, half of strokes, and a third of cancers. Even modest changes may be “more effective in reducing cardiovascular disease, [high blood pressure], heart failure, stroke, cancer, diabetes, and all-cause mortality than almost any other medical intervention.”

The key difference between conventional medicine and lifestyle medicine is instead of just treating risk factors, we treat the underlying causes of disease—as described in this landmark editorial. See, “[t]ypically doctors treat ‘risk factors’ for disease such as giving a lifetime’s worth of medications to lower high blood pressure, elevated blood sugar, and high cholesterol.” But, think about it. High blood pressure is just a symptom of diseased, dysfunctional arteries. Yes, you can artificially lower blood pressure with drugs, but that’s not treating the underlying cause—which often comes down to things like diet and exercise, “the penicillin of lifestyle medicine.”

“Disregarding the underlying cause[s] and treating only risk factors is somewhat like mopping up the floor around an overflowing sink instead of [just] turning off the faucet, which is why medications usually have to be taken for a lifetime. If a floor is flooded as a result of a dripping tap, it is of little use to mop up [around] the floor unless the tap is turned off. The water from the tap represents the cost of disease, the flooded floor the diseases filling [up] our hospital beds. [Yet] medical students learn far more about methods of floor mopping than about turning off taps, and doctors who are specialists in mops and brushes can earn infinitely more money than…those dedicated to shutting off taps.” And the drug companies are more than happy to sell rolls of paper towel, so patients can buy a new roll every day for the rest of their lives. Paraphrasing Ogden Nash, modern medicine is “making great progress, but [just] headed in the wrong direction.”

Preventive medicine, is, frankly, bad for business. “When the underlying lifestyle causes are addressed, patients often are able to stop taking medication,…or avoid surgery.” We spend billions cracking people’s chests open, but only rarely does it actually prolong anyone’s life. In contrast, how about wiping out “at least 90% of…heart disease”?

“Think about it. Heart disease accounts for more premature deaths than any other illness and is almost completely preventable simply by changing diet and lifestyle.” And, those “same…changes can prevent or…reverse many other chronic diseases as well”—the same dietary changes. So, why don’t more doctors do it? Well, one reason is doctors don’t get paid to do it. “No one profits from lifestyle medicine, so it’s not part of medical education or practice… Presently,…physicians lack training and financial incentives…So they continue to do what they know how to do: prescribe medication and perform surgery.”

After Dean Ornish proved you could reverse our #1 cause of death—heart disease—open up arteries without drugs, without surgery, just with a plant-based diet and other healthy lifestyle changes, he thought that his studies would “have a meaningful effect on the practice of mainstream cardiology.” After all, a cure for our #1 killer! But, he admits, he was “mistaken.” Physician “reimbursement,” he realized, “is a much more powerful determinant of medical practice than research.”

Reimbursement more than research. Salary over science. Wealth versus health. Not a very flattering portrayal of the healing profession, but, hey, if doctors won’t do it without getting paid, let’s get them paid.

So, Dr. Ornish went to Washington arguing that, look, “If we train and pay for doctors to learn how to help patients address the real causes of disease with lifestyle medicine and not just treat disease risk factors,” we could save trillions, and that’s just talking heart disease, diabetes, prostate and breast cancer.” The “Take Back Your Health Act” was introduced in the U.S. Senate to “induce doctors to learn and practice lifestyle medicine”—not only because “it works better,” but here’s the critical factor: “physicians will be paid to do it.” The bill “died,” just like the millions of Americans will continue to do, with reversible chronic diseases.