How Much Sleep You Get Can Impact How You Walk 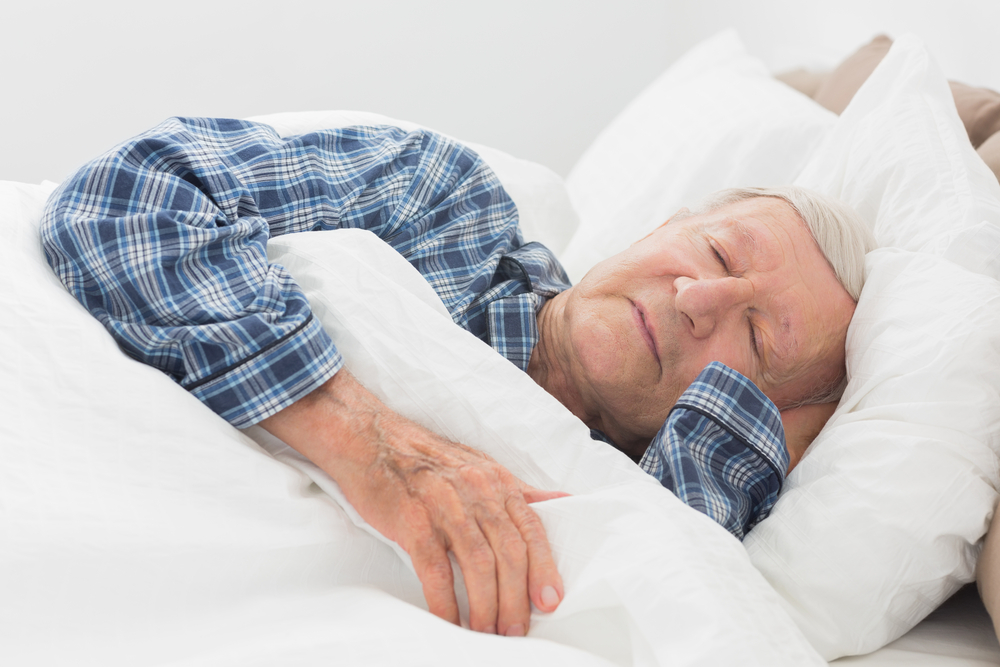 On our list of healthy lifestyle aspirations, getting enough sleep every night is probably near the top. And that's no surprise — according to the Sleep Foundation, almost half of Americans report feeling sleepy three or more days a week, and more than one out of three adults are sleeping less than seven hours a night (the recommended amount of sleep is seven to nine hours).

You’ve likely experienced how a lack of z’s can affect your brain’s ability to function, and it’s usually not pretty. Research published in PNAS in June 2018 showed that chronic lack of sleep doubled the time it took for the brain to react and increased lapses in attention fivefold.

Now a study, published in Scientific Reports, suggests that inadequate sleep can have a negative impact on one of most basic daily activities: walking.

“The results show that gait is not an automatic process, and that it can be affected by sleep deprivation,” Hermano Igo Krebs, PhD, a principal research scientist at the Massachusetts Institute of Technology in Boston and a coauthor of the study, told MIT News.

It makes sense that sleep would change the way we walk, as sleep affects all body systems in some way, says Mary Ellen Wells, PhD, the director and an associate professor of neurodiagnostics and sleep science at the UNC School of Medicine in Chapel Hill, North Carolina. Dr. Wells was not part of this research study. “Sleep is a function of our brain, along with cognition and all our voluntary movements,” she says.

“Sleep is one of the pillars of optimal health; it’s just as important as the air we breathe and food we eat and is arguably one of the most important predictors of health that you can change,” says Wells.

A lack of sleep can have long-term health consequences, and is linked with heart disease, kidney disease, diabetes, stroke, and obesity, according to the National Heart, Lung and Blood Institute (NIH).

“As we lose sleep, we accumulate sleep debt; and the debt must be repaid to avoid health consequences. Those effects compound when we don’t sleep well night after night; we are accumulating sleep debt that needs to be repaid,” says Wells.

Take a person who is 90 minutes short on sleep every day for a week, says Wells. “Even by the second day, their daily function is affected. By Thursday and Friday, they’ve lost nearly an entire night’s sleep,” she says.

For the study on walking and sleep, researchers gave each of the 30 student participants a watch to track their activity over 14 days to obtain a baseline of when and how long they were sleeping and active each day. On average, each student slept about six hours a day, although some students compensated and slept longer over the two weekends during the 14-day period.

Sleeping extra hours on weekends or days off is often a sign that a person isn’t getting enough sleep, per the NIH.

On the 14th day, half the group were intentionally sleep deprived — researchers had them stay up all night — and then took a treadmill test in which they were told to strike their heel in time with the beat of a metronome.

“They had to synchronize their heel strike to the beat, and we found the errors were larger in people with acute sleep deprivation,” the lead author, Arturo Forner-Cordero, PhD, an associate professor of mechatronics at the University of São Paulo, told MIT News. “They were off the rhythm, they missed beeps, and were performing in general worse.”

There is a good amount of research showing that even moderate sleep deprivation impairs motor performance, says Wells. “Falls and injuries, motor vehicle accidents, work-related errors, impaired judgment, and many other consequences come from sleep deprivation. For example, we know that ‘drowsy driving’ is like drunk driving,” she says.

These findings could have implications for optimizing athletic performance or fall prevention in the elderly, says Wells. “Sleep is complex and there is still so much yet to be discovered,” she says.

Linking sleep deprivation with specific issues, such as how we walk, may help people recognize the perils of insufficient sleep more than blanket statements like “sleep deprivation is bad for you,” says Wells. “It can be a way to help people become aware of their sleep health, and the dangers of insufficient sleep. Perhaps it could lead to an ‘aha’ moment for someone about the importance of getting enough sleep.”

Although these results may have been expected, the investigators found an interesting trend: When they compared students in the group who didn’t pull an all-nighter prior to the test, students who slept more on the weekends did slightly better on the walking test even though the test was given several days after the weekend.

These findings suggest there could be ways to mitigate the effects of sleep deprivation, said Dr. Forner-Cordero. “Ideally, everyone should sleep eight hours a night. But if we can’t, then we should compensate as much and as regularly as possible.”

There’s existing research to suggest that compensating for slept debt on weekends may help the body counteract some long-term health consequences, too. A Swedish study published in the Journal of Sleep Research in May 2018 followed 43,880 people over a 13-year period and found that people who didn’t get enough sleep during the week had a greater risk of early death compared with those who slept the recommended amount. But participants who slept extra on weekends canceled out that risk — their mortality rate was the same as the consistent sleepers.

“Making up for lost sleep by sleeping extra on other days is further complicated because we cycle through multiple sleep stages during the night — each one unique and necessary, and each has its own time requirements,” she explains.

There are pros and cons for trying to make up sleep on the weekends, says Wells. “More research needs to be done to look at long-term effects. Current evidence shows that our bodies perform best when we go to bed and get up around the same time every day with enough sleep hours each night; this consistent sleep schedule is key for optimal health,” she says.