9 Things People With Psoriatic Arthritis Want You to Know 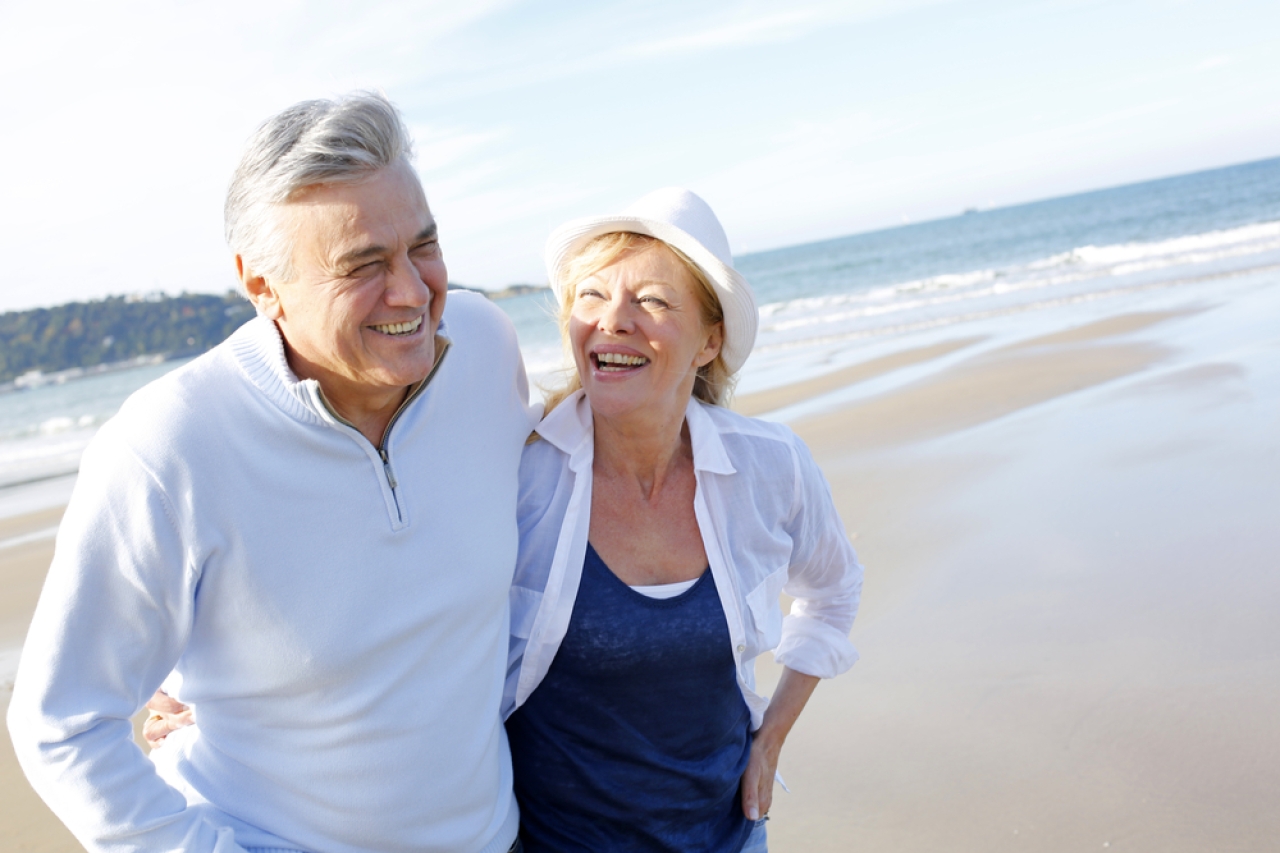 The first reaction many people have after they’re diagnosed with psoriatic arthritis is, I havewhat? Family and friends often share in the patient’s surprise and confusion. The fact is, other than healthcare professionals, few people know much about the autoimmune disease—but those who have it quickly become experts.

"There are still generally a lot of people who don’t know this condition exists," says Alexis R. Ogdie, MD, director of the Psoriatic Arthritis Program at the Hospital of the University of Pennsylvania. "[But] I think more and more people know about it as they begin to educate themselves about the disease."

It takes the average psoriatic arthritis patient four years to be diagnosed, according to the patient advocacy group the National Psoriasis Foundation. During that time, they could be missing out on treatments that help prevent permanent damage to their joints and tissues. For Mollie Carman, 55, a retired private investigator and mother of four, getting the right diagnosis took decades. When she was 12 years old, Carman was diagnosed with psoriasis. Around that time, she started to have lower back pain caused by what she would later learn was psoriatic arthritis-related inflammation of the spine. The pain, so severe that it once made her pass out, eventually spread to her neck, shoulders, and other joints. Carman’s doctors thought she could have fibromyalgia, lupus, or rheumatoid arthritis—basically, everything except psoriatic arthritis. After reading about her symptoms and realizing that she could have psoriatic arthritis, Carman found a rheumatologist in her area who specialized in the disease. When she was 41—nearly three decades after her symptoms first appeared—he diagnosed her with psoriatic arthritis. "Early diagnosis is everything," Carman says. "It’s hard for me to get treated because I have so much [joint] damage. I’ve had a hip replacement. I’ve seen changes in my hands, I’m just stiffening up." She stresses the importance of finding a good rheumatologist. "One way to do that is just do your research," she says. "Ask the Psoriasis Foundation and find groups on Facebook." Hopefully, more psoriasis arthritis patients will get a faster diagnosis in the future. The National Psoriasis Foundation is aiming to reduce the average time it takes to get a diagnosis down to one year. "Overall we are probably on our way to doing better [at diagnosing psoriatic arthritis]," Dr. Ogdie says. "Part of the reason is that there are all these new therapies so people are thinking about it more." Joint Pain? These 8 Conditions Could Be to Blame

Psoriatic arthritis symptoms can take many forms Although the most common psoriatic arthritis symptoms are pain and swelling in the fingers and toes, it can manifest in many different ways. In Carman’s case, for example, symptoms first appeared in her lower back and neck. Jody Quinn, 58, an office manager for a construction company, started feeling pain in her elbow in the early 1990s. Even though she’d been diagnosed with psoriasis several years earlier, her condition was mild and only affected her scalp—so she never imagined she might also have psoriatic arthritis. Her primary care doctors didn’t suspect it, either: "They kept sending me to orthopedic specialists,” Quinn says. "They would say, ‘You have tennis elbow.’” It isn’t uncommon for doctors to first suspect other joint problems, Dr. Ogdie explains. Doctors often think a patient has tennis elbow, Achilles tendinitis, or plantar fasciitis, inflammatory conditions that affect the heel or bottom of the foot. It wasn’t until a dermatologist noticed that one of Quinn’s fingernails had fallen off—peeling, pitting nails is a symptom of psoriatic arthritis—that the diagnosis finally became clear. When she was told that she had psoriatic arthritis, Quinn was surprised. "Now, I know more about it than I ever thought I would." This Is What It’s Like to Have an ‘Invisible’ Autoimmune Disease

Finding the right medication can be difficult The good news for psoriatic arthritis patients is that there’s a growing list of medications that can help treat the disease, from anti-inflammatory drugs such as Aleve to disease-modifying antirheumatic drugs (DMARDs). The bad news? Some of these drugs can have unpleasant side effects, such as headaches and nausea. John Montemarano, a 55-year-old retired director for the New York City public transportation system, put the pieces together that he might have psoriatic arthritis after being diagnosed with mild psoriasis in his mid-40s. He started to feel unusual aches and pains, but avoided getting a diagnosis because he shuddered at the thought of having to start treatments—and experience their potential side effects. Montemarano has now been on Humira, a DMARD medication, for his psoriasis since 2009, and it’s also helping to quell his psoriatic arthritis-related joint pain. “The truth of the matter is, it’s better taking these medications than [it is] not,” he says. “Within 3 months of taking medications, I was back to running on the treadmill and playing full-court basketball.” Another frustration for patients is that many people stop getting relief from medications after a few months or years (Montemarano says Humira's effectiveness has worn off for him over the years). For other patients, medication doesn’t work in the first place. When this happens, Dr. Ogdie says doctors try out another treatment option. “I wish we knew the predictors of a someone doing well on a medication," she says. Is It Possible to Have Psoriatic Arthritis Without Psoriasis?

Diet and other lifestyle changes may help, but they aren't cures When Quinn tells someone she has psoriatic arthritis, she often gets unsolicited treatment advice. “Everybody knows how to cure [psoriatic arthritis],” she says. “[They’ll say] ‘Oh, if you stop eating gluten,’ or ‘If you wear a wrap around your hand,’ or ‘If you try coconut oil.’” These so-called "cures" used to drive Quinn crazy—especially since there is no cure for psoriatic arthritis—but now she recognizes it’s a sign people are listening and want to help. And while eating healthier and exercising did help Quinn feel better, it didn’t erase the pain. "Obviously, if it helps, great—but on average, if you look at a large population, there is no diet that helps psoriatic arthritis.” says Mark Lebwohl, MD, chair of dermatology at the Icahn School of Medicine at Mount Sinai. Some patients do say they get relief from a gluten-free, low-sugar, or autoimmune diet (which is related to the Paleo diet). Other lifestyle remedies such as heat therapy and cold therapy may also help ease symptoms. Psoriatic Arthritis: What to Know About This Painful Autoimmune Disease

People with psoriatic arthritis don’t always look sick Montemarano has a swollen left ankle as a result of his psoriatic arthritis, but he says you’d really have to look closely to notice it. And he’s not alone: "A lot of people I’ve met with psoriatic arthritis don’t look like anything is wrong," he says. Psoriatic arthritis can be an "invisible" disease, which makes it hard for others, even close friends and family, to understand and sympathize with patients. "When you’re at a family function and they’re throwing a football around and you can’t, they look at you and say ‘What’s wrong with you?’" Montemarano says. "If you don’t show a visible sign of a disability, people don’t know what’s going on." He adds, "I look like a good 55, but I feel 85." This can be especially challenging when it comes to the workplace. Montemarano says he was lucky to be able to continue working after being diagnosed with psoriatic arthritis, but he can’t imagine how people whose jobs involve heavy lifting or a lot of physical activity manage. "I think [if] companies can assist and adjust your work schedule, that would be beneficial,” Montemarano says. These Psoriatic Arthritis Pictures Show What the Autoimmune Disease Is Really Like

Symptoms can vary from one day to the next Just because your friend with psoriatic arthritis went on an epic shopping spree with you yesterday doesn’t mean she’ll feel up for dinner tonight. "You have a lot of highs and lows,” Quinn says. "I have days when I literally am in so much pain that I can’t get my covers off of me. Then I have other days when I can go to Boston and walk seven miles and have no problem." For some patients, certain triggers may cause psoriatic arthritis symptoms to flare up—stress, cold or damp weather, and quick weather changes in general are big ones for Quinn. But sometimes, she says, bad days sneak up with no warning. "There are many times I make plans to do something with my friends and I’ll call them that morning and say I can’t go," Quinn says. Although she says her friends are generally understanding of last-minute cancelations, some of her older pals are less accepting, since they remember how active she was before she got sick. 7 Things You Shouldn’t Do If You Have Psoriatic Arthritis

There are good reasons to be a germaphobe Because certain psoriatic arthritis medications can interfere with the immune system, one of the things many people with psoriatic arthritis can relate to is the fear of getting sick. Frequent hand washing and sterilizing surfaces at work and home can become as much a part of managing the disease as taking medications. For Sarah Truman, a 40-year-old manager of a corporate payroll department who was diagnosed with psoriatic arthritis in 2010, staying healthy is a constant battle, especially because she takes public transportation to work everyday. "If somebody acts sick next to me, I will get up and move," says Truman. "If somebody at work is sneezing and coughing, I will tell them to get away from me."' Truman explains that while people probably think she's being "a little rude or overboard" when it comes to avoiding germs, it's for a good reason. "A cough or cold takes you down for a couple of days, but it could put me in the hospital," she says.

It can affect children, too Although psoriatic arthritis patients usually develop the disease in their 20s or between 50 and 60, children can have it as well, says Dr. Lebwohl. In children, the disease can have similar symptoms as in adults, although it is much less common (about 20,000 children under the age of 10 are diagnosed each year in the U.S., according to the National Psoriasis Foundation). "I was a child with psoriatic arthritis and psoriasis," says Carman, explaining that she had psoriasis on her scalp even as a baby. Seeing a young child with the disease is a reminder to Carman that “We need to find a cure, and people need to take this seriously.” I’m 33, But My Autoimmune Disease Makes My Body Feel Like I’m 70