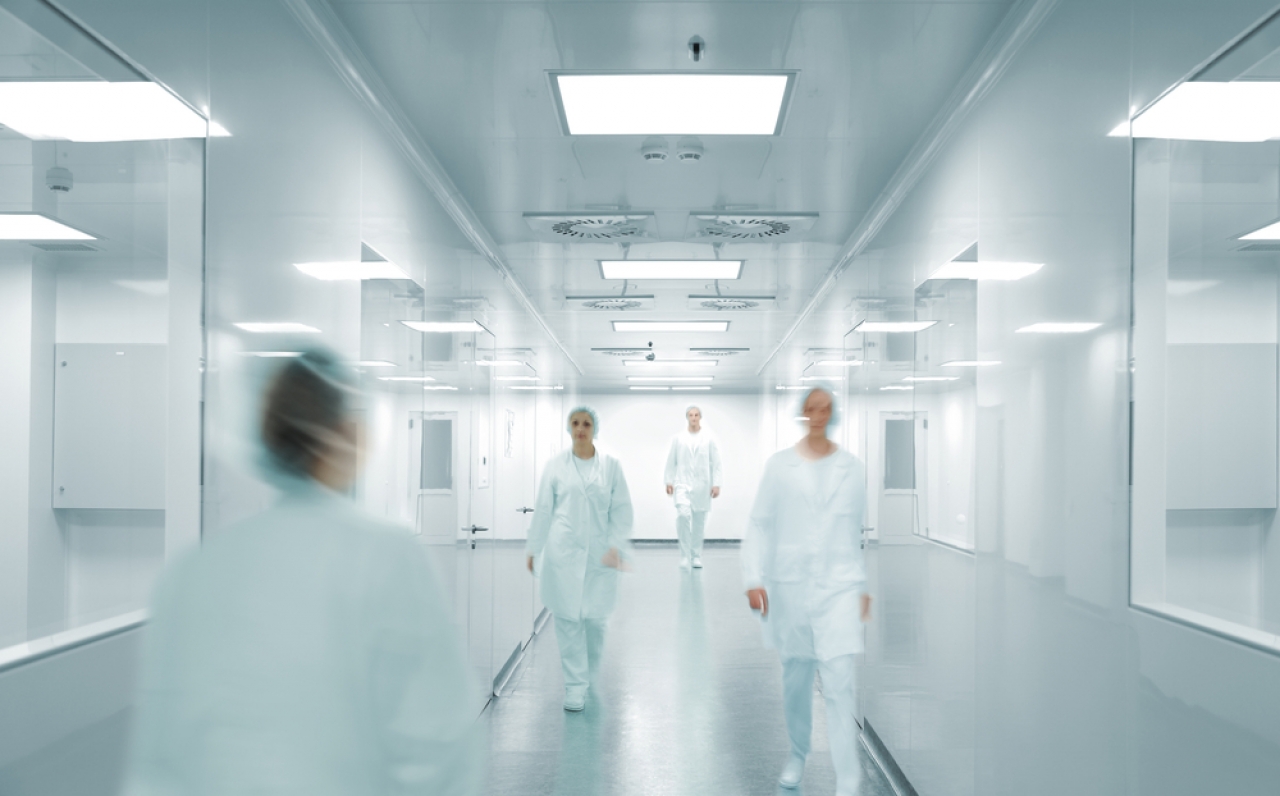 Pfizer executives said that they are the reports “very seriously."

According to the Michigan Health Department, those who are moderately and severely immunocompromised are eligible for Paxlovid.

When Laura Martin tested positive for COVID-19 last month during an extended stay in California, she was prescribed Paxlovid, the highly touted antiviral drug created by Pfizer.

Just one day after her diagnosis, she started her five-day course of pills, which have been shown to dramatically reduce the risk of hospitalization and death.

Martin, a 63-year-old Boston native who now resides in Canada, said she was thrilled when her symptoms began to subside.

“By the end of [the treatment], on Day 5, I was negative and feeling completely normal like without any symptoms, so I thought, 'Wow, this is really great. What a great drug,’” Martin told ABC News.

Martin resumed her normal activities, but a week later, she began to feel ill again. When her symptoms worsened, she tested again.

​Martin's case is part of a seemingly rare, but increasingly reported phenomenon of COVID-19 symptom recurrence after being treated with Paxlovid. While it is largely unknown what is causing the reported viral resurgence, scientists say they are investigating. ​​

Pfizer says that it is taking the reported incidences of recurrence "very seriously," but that the rates mirror those who received a placebo in clinical trials. Experts urge that the benefits of the drug, in preventing hospitalization and death, outweigh the potential risk of a second positive test or symptom reemergence.

In additional analysis of the Paxlovid clinical trial data, the Food and Drug Administration (FDA) reported that most patients “did not have symptoms at the time of a positive PCR test after testing negative, and, most importantly, there was no increased occurrence of hospitalization or death or development of drug resistance.”

Company executives also reported, this week, that the use of Paxlovid continues to expand rapidly, particularly as infection rates across the country rise again. In the U.S., use of the treatment has increased by nearly ten-fold in recent weeks.

The number of locations in the U.S. with Paxlovid supply has grown to more than 33,000 sites now available, a four-fold increase since late-February. In addition, the company reported that there are now more than 2,200 Test to Treat locations now open.

Long heralded as a “game-changer” in the fight against COVID-19, the push to make Paxlovid available to Americans has ramped up in recent weeks, with the White House looking to increase supply of the treatment.

The drug, which was granted emergency use authorization by the FDA in December 2021 for people with mild to moderate COVID-19 at high risk of disease progression, is also strongly recommended by the World Health Organization. It has been shown to be highly effective, estimated to provide an 89% reduction in virus-related hospitalizations and deaths.

However, in recent weeks, a number of patients, who have taken the treatment, have taken to social media to disclose what they say is a perplexing phenomenon of COVID-19 symptoms reemerging after they finished the prescribed five-day treatment course.

Some individuals claimed on Twitter that after their initial symptoms dissipated, leading to a negative test, they are once again testing positive.

“We're seeing people get better on Paxlovid,” Dr. Shira Doron, an infectious disease physician and hospital epidemiologist at Tufts Medical Center, told ABC News. “But then, when they stop at the end of five days, we're hearing stories of symptoms coming back and even, tests becoming either more positive, i.e. a darker line, or tests that had gone negative turning positive.”

Studies have found that a dark line can “indicates a strong positive with a high level of virus and is usually seen when people are at or near peak virus load.”

Reports of these “rebound symptoms” are largely anecdotal so far but with an increasing number of questions about the puzzling viral recurrence, scientists across the country are trying to assess what may be happening in new research.

In February, a 71-year-old man in Massachusetts who had been vaccinated and boosted recovered after being treated for COVID-19 with Paxlovid, Dr. Michael Charness, chief of staff at the VA Boston Healthcare System, who has been researching the phenomenon and recently put out a preprint study last week, told ABC News.

However, around nine days after his initial positive test, Charness said his patient developed cold symptoms and tested positive again for the virus.

Molecular testing soon revealed that the patient’s viral load had increased to an even higher point than when the diagnosis was first made, according to an analysis by Charness and his team.

“We were interested in whether this was a new infection or whether this was maybe an adaptation or mutation that somehow changed the variant,” Charness said, adding that gene sequencing demonstrated that this second positive test demonstrated a recurrence of the original infection in an individual who had no symptoms for a week.

“We just were very struck by that,” said Charness. “I heard from people all over the country and some from other parts of the world, who had had the same experience.”

Representatives from the FDA, the Centers for Disease Control and Prevention and the National Institutes of Health, told ABC News that teams of scientists are investigating the surprising relapse reports, and they will provide further recommendations, if appropriate.

“The phenomenon of recrudescence reiterates the importance of following CDC’s isolation guidance – anyone who develops symptoms of illness during or after isolation should remain isolated, masked, and seek out testing and clinical care,” a representative from the CDC told ABC News in a statement. “Anyone who is concerned about having been exposed or who for any other reason wants to determine their infection status should test for COVID-19.”

The FDA stressed that the reports “do not change the conclusions from the Paxlovid clinical trial which demonstrated a marked reduction in hospitalization and death.”

The viral recurrence had been observed and reported in Pfizer’s application to the FDA, last year, in which the company said several trial participants had appeared to “have a rebound” of COVID-19 around day 10 or day 14.

Pfizer executives said Tuesday that they are taking the reports “very seriously,” but they do not believe that it is related to the drug, given that the same rate of rebound was observed in people who took the placebo. Further, no connection was noted between the viral load increase and subsequent severe illness.

“We've taken a preliminary look at our high-risk data, and so we've seen for example, that we have about an incidence about 2% of that viral load rebound, but we also see the same, or close to the same, percent in the placebo arm. So it's something that's not particularly associated with Paxlovid itself, but may have something to do with the virus itself,” Dr. William Pao, Pfizer’s executive vice president and chief development officer said during an investors call on Tuesday. “It's preliminary data so far, we again take it very seriously. But it's very current, and a very low incidence, and we continue to learn as we go.”

A representative from Pfizer told ABC News that although it is too early to determine the cause, initial indications suggest an increased viral load is both uncommon and not uniquely associated with the Paxlovid treatment.

“We remain very confident in its clinical effectiveness at preventing severe outcomes from COVID-19 in high-risk patients,” the representative said.

Although official reports of these relapses still appear to be rare, such occurrences are happening “frequently enough” in those treated with Paxlovid that Charness said that it should be studied further.

“I think the first step in studying something is to know that it exists,” he explained, adding that it is particularly important for clinicians to be informed about potential rebounds, and for the public to know, so that people do not become unduly alarmed.

Thus far, researchers know very little about the reason for the recurring symptoms.

Of critical importance in the investigations is whether an individual, in the midst of such a rebound, remains infectious, Charness said.

“We are sufficiently concerned about whether people can transmit, when they're on day 12 and 13 and 15, that we are essentially recommending that when people have a recurrence, a rebound, that they restart their isolation, and isolate until their antigen test is negative,” Charness said. “We're seeing people whose antigen test stays positive for a week after they rebound, which means that they're well outside the CDC’s 10-day guidance.

Should you experience a viral rebound, the FDA is now recommending that health care providers and patients refer to CDC guidance, wear a mask and isolate if they have any COVID-19 symptoms — regardless of whether or not they have been treated with an antiviral.

Charness and his team are also encouraging their patients to start their isolation period over again and stay away until their antigen test is negative.

“It's important to exercise caution until you clear the virus the second time,” Charness said, further urging people to notify their provider.

In terms of further treatments, Charness noted it is still largely unclear what patients should do. While there are no limitations, within the authorized label, around additional usage of the drug for a subsequent COVID-19 infection, according to Pfizer, the FDA said “there is no evidence of benefit at this time for a longer course of treatment … or repeating a treatment course of Paxlovid in patients with recurrent COVID-19 symptoms following completion of a treatment course.”

Despite the reports of rebounding, health experts stress that Paxlovid is still largely achieving its original goal, to keep people out of the hospital, and severe disease at-bay.