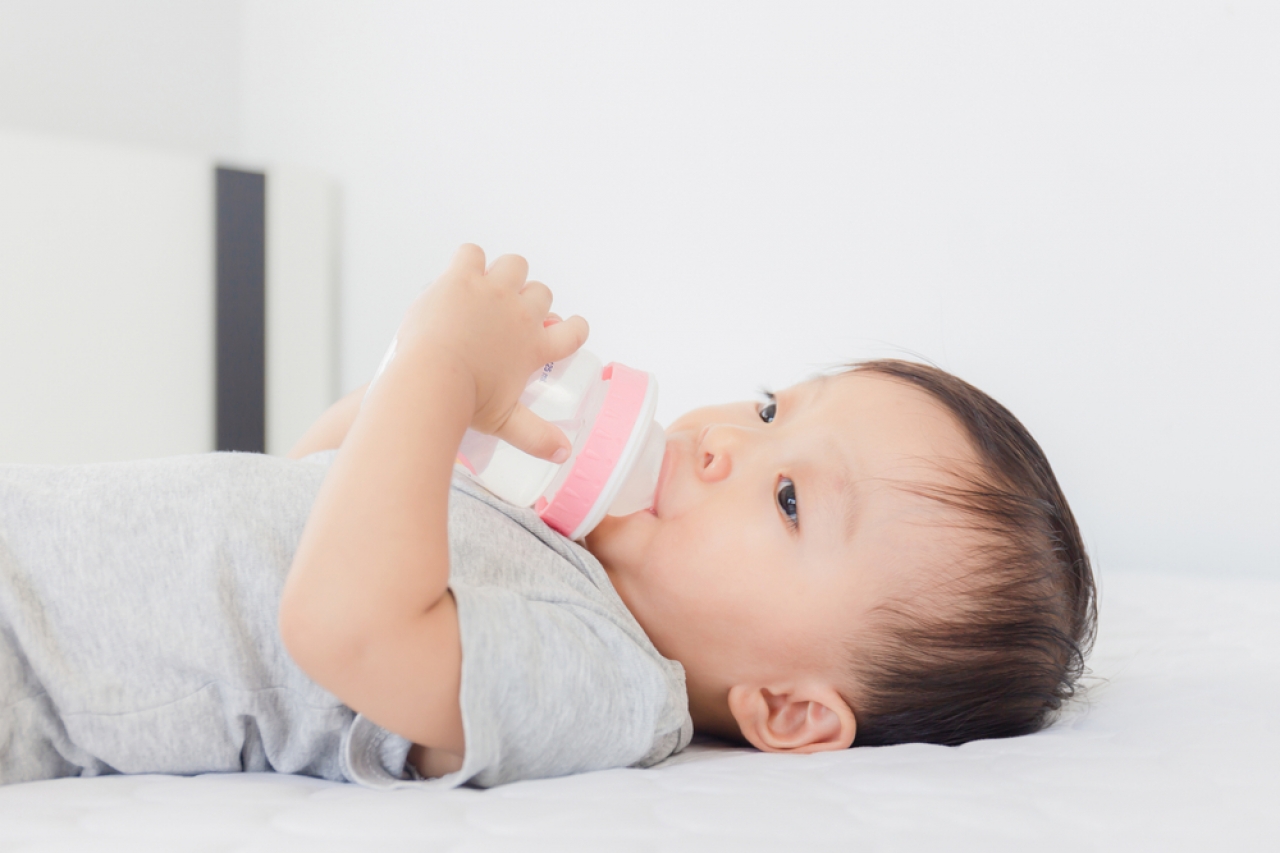 The difficulty finding some infant formulas might have Austin-area families wondering what they can do if they can't find their baby's brand.

A national formula shortage was triggered in part by the closure of a plant in Michigan after unsanitary conditions were found. That Abbott plant, which makes the Similac brand, could begin again in two weeks. Datasembly, which tracks grocery availabilities and prices, estimates that as of May 8 about 43% of formula brands were out of stock across the country.

The shortage has been especially hard for families who have babies with certain medical conditions and food allergies, because the Abbott plant made some of those metabolic formulas.

In Austin, grocery chain H-E-B is limiting the amountof formula shoppers can purchase, though some popular brands remain available. Texas WIC, which helps families afford formula through its benefits program, has expanded which formulas families can buy using their WIC benefits. That list of approved brands can be found at TexasWIC.org.

Dr. Sunaina Suhag, a pediatrician at Austin Regional Clinic's East Seventh Street clinic, said shortages have been felt throughout the pandemic, but "this has been a time of great need" for her patients, especially those who use specialty formulas.

At Dell Children's Medical Center of Central Texas, the hospital has not seen any cases of babies being malnourished because of the shortage, but doctors say it is a concern.

Dr. Meena Iyer, Dell Children's chief medical officer, recommends people call their pediatricians first if they cannot find their usual brand of infant formula. Your doctor or nurse will be able to recommend other brands that are similar. This is especially important for babies who have specialized formulas or have allergies.

Switching formulas can cause babies to get a rash, have distended bellies, be nauseated or vomiting or have loose bowels.

Stool changes are normal and anything in the fall colors (brown, green, yellow) is normal. Be concerned if there is mucus, blood or red flex.

If they are having tummy troubles, you can try using the over-the-counter medication simethicone or Gripe Water for babies, Suhag said. You also can do belly massages, warm baths, tummy time or bicycle the legs to get the gas out. You also can pace out the feedings by doing a little at a time more often.

The American Academy of Pediatrics has tips on what parents should do. Dr. Steven Abrams, a professor of pediatrics at Dell Medical School at the University of Texas, wrote those tips.

Try to find a formula with the same ingredients as your preferred brand. "It does not matter as long as the content is the same," Iyer said.

You can also buy the premixed version instead of the powder of your brand.

Don't wait until your run out of your formula. Always think ahead about what will happen if suddenly yours is the one that is unavailable. If it does run out at the store and you have some on hand, you can mix your preferred brand with the new brand to get your baby used to the new brand. Ideally transitioning would be done over three to four days, but right now that's not often possible, Suhag said.

Don't water down formula to make it last. Formulas are engineered to provide the proper nutrition.

Don't use toddler formula for babies. Their nutritional ratios are not the same, but if it's an emergency, look at that toddler formula to make sure it has similar nutritional values as the infant type.  Some are close enough. "I wouldn't do it long-term, but it's a bridge," Suhag said.

Don't try to use an imported formula. Those aren't FDA regulated, which means you don't know what's in them or their safety records.

Don't try to make your own formula. It's not safe and doesn't have the nutritional criteria.

Baby safety: Your baby needs you to stop making your own baby formula

Look for alternative places to get your formula. Suhag has had good luck by checking pharmacy and grocery store websites and smaller stores to find supplies. Use social media to see if friends or neighbors might have your formula and can share or is no longer using it. Ask your pediatrician's office for samples.

If you are already breast-feeding, keep breast-feeding. If you do both, try pumping more if you can to offset the use of formula. Breast-feeding, however, is not something you can just start if your baby is being formula-fed because the milk supply is now gone. It takes medical supervision, possibly medication, and time to get a milk supply back, if it's even possible, Suhag said.  Milk banks such as Mothers' Milk Bank require a prescription from the baby's doctor to supply breast milk.

Infant safety: How to protect your kids from drowning in the pool, the lake — or even the bathtub

Don't try to introduce foods earlier or switch to just solid foods. Formula is the primary mode of nutrition for infants because of the nutritional value including vitamins and nutrients such as iron. In general babies begin solid food around 6 months, but they have to be ready to sit up on their own, hold their neck, be interested in food and not have a tongue reflex or it will be a chocking hazard. Foods should be introduced one at a time starting with foods that don't tend to be allergens such as rice and oats.

Infant nutrition: What to feed baby, when

Don't switch to cow's milk. Cow's milk should not be started until age 1 and even then it's whole milk. In a pinch, the American Academy of Pediatrics says you could start it age 6 months, but you have to make sure your baby is getting enough iron by supplementing. Ideally, though you would wait until 10 months or later.

Don't switch to nut milks or other plant-based milks. They don't have enough of the proteins and nutrients that babies need. Babies don't have the ability to regulate their electrolytes and these milks as well as homemade milks can create an electrolyte imbalance and harm the brain, Suhag said.

Don't switch to water. Babies need the nutrients in the formula.

Have extra formula? Central Texas Food Bank would love to have it as long as it is not expired.