Visual Features of a Bunion 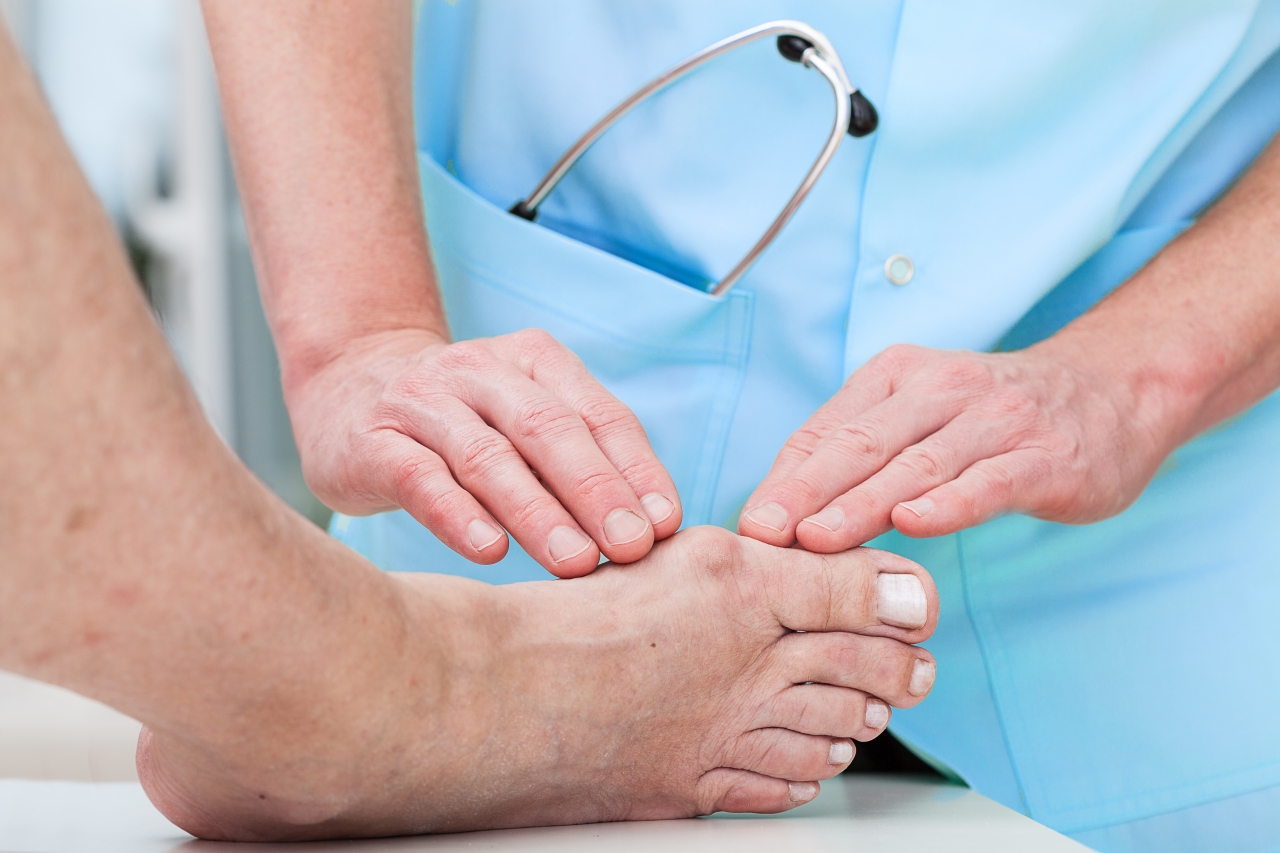 A bunion, also known as hallux valgus, is a common foot problem in which a characteristic bump develops on the inner edge of the foot just below the big toe. While many people, after learning what a bunion looks like, believe they have identified their foot concern, there are other foot problems that can take on a similar appearance.
Bunions tend to run in families and may be one of many problems caused by an underlying foot defect. As you get older and your feet start to spread, the problem may only worsen, triggering pain when walking and causing an increasing stiffness at the base of the toe.

Bunions tend to affect women more than men due in large part to ​narrow-tipped shoes (which force the toes together) and high heels (which propel the toes even deeper into the toe box).

While bunions cannot be reversed, they can be treated to reduce pain and improve mobility. By knowing what a bunion looks like and how it is likely to progress, you can know when it is time to see a doctor and seek appropriate care.
General Appearance of a Bunion
A bunion is defined at the medial deviation of the first metatarsal (the bone just behind the big toe) and lateral deviation of the hallux (the big toe). What this simply means is that, as the big toe is forced inward, the bone behind the toe will start to protrude outward like a hinge. Over time, this can cause mineral deposits to form in the hyperextended joint space (a process known as ossification, or bone remodeling).

While we tend to associate bunions with older people, they can often start to develop as early as childhood.

While symptomatic hallux valgus is most commonly seen in people over 65, as many as 23 percent of cases will involve younger adults, according to research from the University of Queensland in Australia.1﻿
X-Ray of a Bunion
The structure directly involved in the development of a bunion is known as the metatarsophalangeal (MTP) joint. This is the joint between the hallux and first metatarsal where the bulk of the stress is being placed. Doctors will assess the severity of a bunion by measuring the angle of the bones at the crux of the MTP.2﻿

Generally speaking, the angle should be no greater than 15 degrees.3﻿ The greater the angle, the greater the need for intervention. To determine the appropriate course of treatment, an X-ray would be used to grade the severity of the deformity on a scale of 1 to 5:

The problem with a high-grade defect is more than just cosmetic. It is an indication that the ligaments around the joint space have been hyperextended and are now lax. What this means is that the very architecture of the foot—particularly the toes that help keep you balanced—is inadequately supported and vulnerable to instability.5﻿

Once compromised, a ligament cannot be restored to its normal shape. It can only be supported by the proper footwear and orthotics or repaired with surgery.
Hammertoes and Calluses
Two common features of bunions are hammertoes and calluses.6﻿ Hammertoe is the term used to describe a toe with an abnormal bend in the middle joint. Hammertoes occur almost instinctively as your toes take a gripped position to compensate for the loss of stability. Over time, the position can become fixed and permanent.

Although a hammertoe can be straightened to a certain degree, it will return to a bent shape when relaxed. One of the telltale signs of a hammertoe is the formation of a callus at the top of the middle joint.7﻿

Calluses will also typically develop along the edge of the bunion and the outer edge of the big toe. These are areas where the foot is being constantly abraded by the inside of an ill-fitting shoe. While this occurs more commonly in women, it can also affect men who wear improperly sized work shoes or those with a narrow toe box (such as cowboy boots).
Sesamoiditis
Sesamoid bones are independent bones that are embedded in a ​​tendon adjacent to a joint. One such example is the kneecap. There are also sesamoids located throughout the hands and feet.

This can lead to a condition called sesamoiditis, characterized by inflammation of the sesamoid bone and surrounding tissues. It is a form of tendinitis commonly seen in dancers which trigger pain, redness, and swelling at the base of the big toe.8﻿

In people with bunions, the unrelenting inflammation can cause and/or accelerate the development of osteoarthritis.
Tailor's Bunions
While bunions typically affect the big toe, they can also develop on the opposite side of the foot at the junction of the small toe and the fifth metatarsal. Commonly referred to as tailor's bunions or bunionettes, they are triggered by the same conditions that cause traditional bunions.

Tailor's bunions may cause pain but are typically less impactful than those situated near the first MTP joint. Oftentimes, the toe position can be temporarily corrected with the use of a toe spacer found at most drugstores.

Tailor's bunions were so-named because tailors of the past typically sat cross-legged, a condition that some attributed to the development of the abnormal bump.9﻿
A Word From Verywell

Not all people with bunions will have symptoms, but those who do tend to experience a worsening of them over time. Podiatrists will describe the progression of the disease by the limitations of joint movement.

Hallux limitus is the term podiatrists use to describe the loss of motion in your big toe joint. It is associated with osteoarthritis and characterized by morning stiffness and chronic joint pain.

Hallux rigidus is the end stage of hallux limitus by which the ossification around the MTP joint has essentially cemented the bones in place. Without the means to flex your toe, your gait will be lumbered. Not only will you walk flat-footed, but your knees would be slightly bent to compensate for the loss of the shock absorption from your feet.

By this stage, the only reasonable form of treatment is surgery to not only realign the bones but restore the range of motion to the affected joints.

As such, if you look at your feet and notice anything you think could be a bunion, seek the advice of your doctor sooner than later for the best outcome.