The Anatomy of the Foot and Common Foot Problems 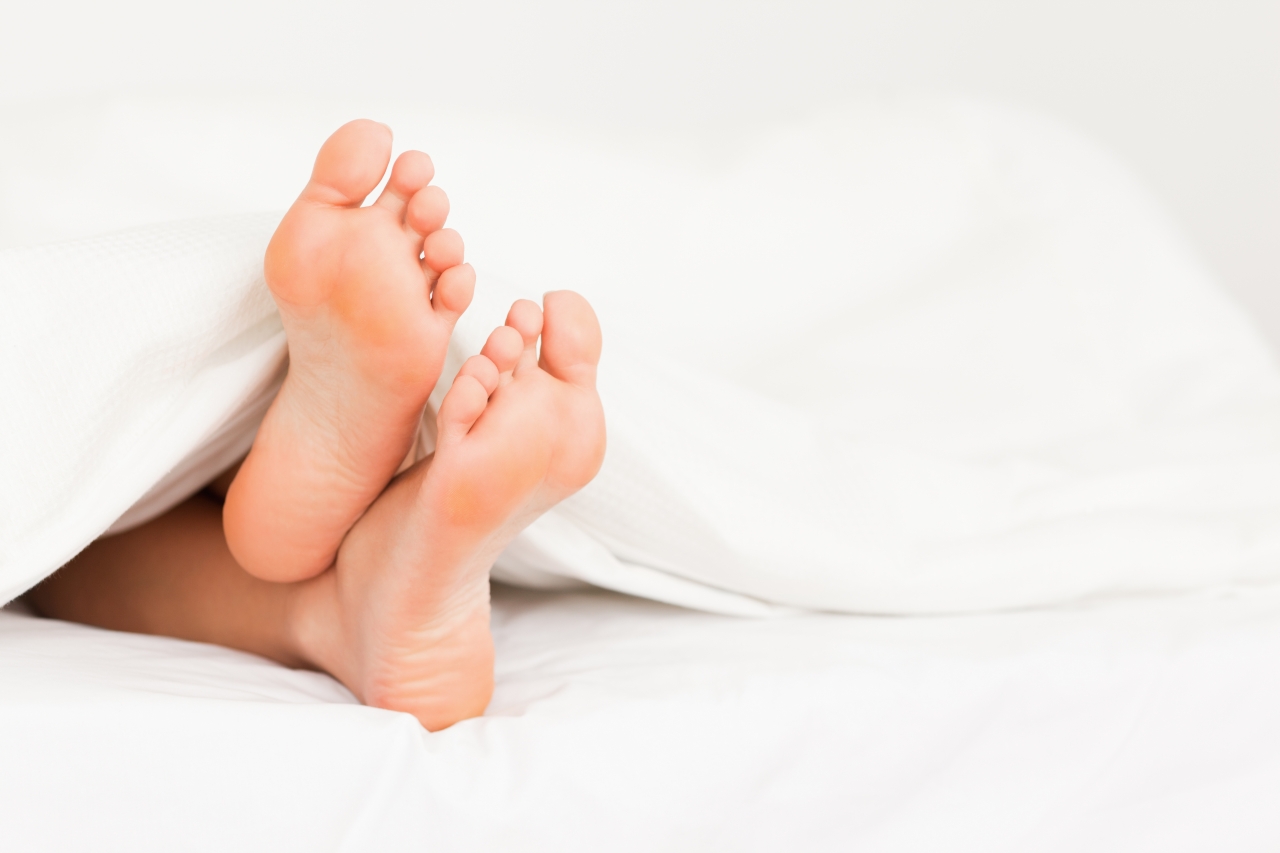 Your feet are made for walking—and running, jumping, balancing, climbing, and more. So it's no wonder that the human foot is complex. Believe it or not, your size sixes (or nines or twelves) house 28 bones—nearly a quarter of all the bones in your entire body—plus 30 joints and more than a hundred muscles, ligaments, and tendons.

All of these structures work together like fine-tuned machinery to carry out two important functions: weight-bearing and propulsion. These functions require a high degree of stability. In addition, the foot must be flexible so that it can adapt to uneven surfaces. This is one reason each foot has so many bones and joints.


Here's a brief overview of the structures of the foot and how they work together, plus a look at some common podiatric problems that sometimes result from normal wear and tear, overuse, or injury to the foot.

Foot Structure
The foot can be divided into three sections: the forefoot, midfoot, and hindfoot. There are bones, joints, muscles, tendons, and ligaments in each section.

Bones
Bones in the foot can be divided into three categories based on where they are located.

This is the very front part of the foot, including the toes, or phalanges. There are 14 toe bones (two per big toe and three per each of the other four), plus five metatarsals.

The first metatarsal bone is the shortest and thickest and plays an important role during propulsion (forward movement). It also provides attachment to several tendons. The second, third, and fourth metatarsal bones are the most stable of the metatarsals. They are well protected and have only minor tendon attachments.

In addition to the phalanges and metatarsals, the forefoot contains two small, oval-shaped sesamoid bones just beneath the head of the first metatarsal, on the plantar surface, or underside, of the foot, which is held in place by tendons and ligaments. The forefoot meets the midfoot at the five tarsometatarsal joints.


This section of the foot is made up of five irregularly shaped bones called the tarsals. The clinical names for these bones are the navicular, cuboid, and medial, intermediate, and lateral cuneiforms. Together they form the arch of the foot. The arch of the foot plays a key role in weight-bearing and stability. 1﻿

Tendons and Ligaments
The most notable tendon of the foot is the Achilles tendon, which runs from the calf muscle to the heel. It is the strongest and largest tendinous structure in the body. 2﻿ The Achilles tendon makes it possible to run, jump, climb stairs, and stand on your toes.

Other important tendons in the foot include the tibialis posterior (posterior tibial tendon), which attaches the calf muscle to the bones on the inside of the foot and supports the arch of the foot, and the tibialis anterior (anterior tibial tendon), which runs from the outer tibia to the first metatarsal and surfaces of the median cuneiform tarsal, which allows for dorsiflexion—bringing the toes toward the shin.

These are the primary ligaments of the foot:

Plantar fascia—The longest ligament of the foot, the plantar fascia runs along the sole of the foot from the heel to the toes to form the arch of the foot, provide strength for walking and assisting with balance.
Plantar calcaneonavicular ligament—This is a ligament of the sole of the foot that connects the calcaneus and navicular and supports the head of the talus.
Calcaneocuboid ligament—This is the ligament that connects the calcaneus and the tarsal bones and helps the plantar fascia support the arch of the foot.
Common Foot Problems
Given how many moving parts there are in the human foot and how many thousands of miles this amazing body part logs in a lifetime—according to the American Podiatric Medical Association, the average person clocks in at 75,000 miles by age 503﻿—it's not surprising that structures within it can be subject to injury or overuse
And like any body part that's made up of bone, muscle, and connective tissue, the feet are subject to certain conditions that can affect any other extremity, limb, or the spine, including:

Sprains, strains, and pulls affecting muscles or ligaments
Tendinitis (when a tendon becomes overstretched or torn)
Bone fractures and breaks
Osteoarthritis (which is particularly common in feet, especially in the joints that connect the toes to the midfoot)
Rheumatoid arthritis
Feet can also be affected by medical conditions that aren't specific to them, such as:

Diabetes
Gout (in which crystals of uric acid form in a joint)
Infections such as athlete's foot and onychomycosis (nail fungal infection)
And, of course, there are issues that are unique to the foot itself:

Heel Spurs
As the largest bone in the foot, the calcaneus (heel) is especially prone to injury caused by faulty biomechanics—walking in ways that aren't optimal, for example. A common one is the development of bony growths on the underside of the calcaneus, called heel spurs, that cause severe pain when standing or walking. Foot dysfunctions like heel spurs are most common in people who have plantar fasciitis (inflammation of the fascia on the sole of the foot; see below), flat feet, or high arches.4﻿

Plantar Fasciitis
This condition results from microtears in the thick fibrous tissue on the underside of the foot, extending from the heel to the ball, caused by overstretching. Symptoms include pain in the heel and arch that's often worse in the mornings. Plantar fasciitis is a particular risk for long-distance walkers or runners.5﻿


Bunions
A bunion is a bony prominence just below the toe on either the inside edge of the foot or the pinkie toe side. (The latter is sometimes called a bunionette.) Bunions form when the bones in the foot become misaligned, often due to pressure caused by wearing shoes that don't fit well or that squeeze the toes tightly together over a long period of time. The big toe can angle so far inward that it actually crosses under or over the adjacent second toe, causing a secondary misalignment called a hammertoe. Usually, a painful callous forms on top of the second toe.

Fallen Arches
Sometimes called pes planus, or flat feet, this is a deformity in which the arc of the underside of the foot straightens out, often so completely that the entire sole of the foot comes in contact with the floor. The result can be pain in the midfoot area, swelling of the ankle and arch of the foot, and even hip, knee, or lower back pain. Fallen arches can be congenital (meaning a person is born with the condition), but more often pes planus develops as a result of age or injury. Between 20% and 30% of people have some degree of flat-footedness.6﻿

Mallet Toe
In this condition, the joint in the middle of a toe becomes permanently bent to the extent that it points downward. It develops because of an imbalance in the muscles, tendons, or ligaments that hold the bones of the toe straight. As with bunions and hammertoe, mallet toe often forms as a result of wearing ill-fitting shoes, although it can also be caused by trauma or certain diseases.

Metatarsalgia
This is the medical name for pain under the ball of the foot. It is often caused by increased pressure on this area because of certain types of shoes or from conditions, such as arthritis, nerve compression (called a neuroma; see below), or fractures or tears in ligaments.

Claw Toe
This is a deformity in which the toes bend downward from the middle joints or even curl under the foot. Callouses or corns—areas of thickened, inflamed skin—often form on top of the affected toes. Sometimes a corn can put pressure on nerves in the foot, causing pain.

Morton's Neuroma
This is a common problem in which compression on a nerve in the ball of the foot causes burning, tingling, and pain near the third and fourth toes. High heels are often the culprit.

Diagnosing Problems
In order to diagnose common problems related to the anatomical structures in the foot, a doctor—usually an orthopedic specialist—will examine the outside of the foot to look for symptoms such as swelling in specific areas and deformities in the shape of the foot and other external signs.

However, for a specific diagnosis, it usually is necessary to take a look inside of the foot using some sort of imaging test. A standard X-ray can confirm a bone fracture or arthritis damage. If more detail is needed, however, an orthopedic doctor will likely want to do magnetic resonance imaging (MRI)—a technique that uses a powerful magnet and a computer—or a computed tomography (CT) scan, which constructs images by combining multiple X-rays.

Treatment
As with any condition, the treatment for a foot problem will depend on what it is. Obviously, an infection caused by bacteria or a fungus will need an antibiotic or antifungal medication, for example. And foot pain from any cause can often be relieved with over-the-counter medications such as Tylenol (acetaminophen), Advil, Motrin (ibuprofen), Aleve (naproxen) or, in the case of severe discomfort, prescription pain-relief drugs.

For foot problems caused by anatomical deformities, such as fallen arches, orthotics—inserts worn inside the shoes to cushion and create optimal support for the foot—are often helpful. Standard versions of these are available in pharmacies and other stores that sell healthcare products, but often a doctor will order custom-made orthotics.

Physical therapy to improve the strength and flexibility of the feet and ankles can be helpful in some cases. Sometimes fractures and other injuries require surgery, which ultimately can leave the feet in good standing and ready to log more miles.