5 Scoliosis Treatments You Should Know About 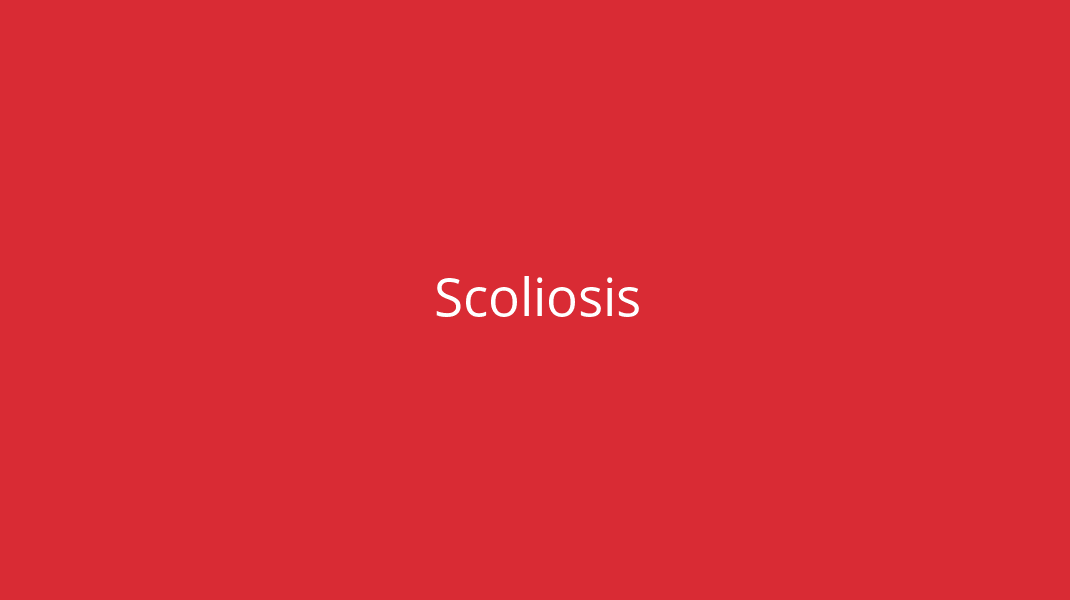 Making up your mind about scoliosis treatment for you or your child? While the degree of curve (generally measured as a Cobb angle) has the most influence over the course of action for patients with scoliosis, new and/or alternative therapies have begun to pique peoples' interest as well.
In the pages of this slideshow, you'll learn how conventional medicine determines what to do for scoliosis, as well the word on the street about less often researched options.

1
Scoliosis Treatment - Observation
If your child has a small curve, i.e. between 10 and 24 degrees, she may only need to measured a few times per year. This is called "observation." The idea behind observation is that should the curve measurement increase to 25 degrees or higher, a different type of treatment may be initiated.

The American Association of Neurological Surgeons (AANS) recommends an observational doctor's visit every four to six months if this is your child's scoliosis treatment.1﻿

Because adult bones don't grow, observation is generally necessary only when nerve symptoms accompany the scoliosis.


2
Scoliosis Treatment - Bracing
When a child's bones are still growing, one of the big goals of scoliosis treatment is to prevent the curve from increasing. If your child's curve is between 25 and 45 degrees, bracing may be required.

Bracing is no picnic at the beach for a growing child—it may affect her self esteem, as well as other things. Just the same, it may be necessary for avoiding pain and/or surgery later on.

The AANS reports that when the brace is worn according to instructions (given by your doctor)—which usually amounts to wearing it between 16 and 23 hours every day until the growing period ends—in about 80% of cases, curves stop progressing.1﻿


3
Scoliosis Surgery Treatment
Once a scoliosis curve measurement hits 40 or 50 degrees, surgeons generally recommend surgery. This is true for both teen and adult patients. In teens (technically, adolescents), signs of curve progression have to be present, as well. In adults, surgery is recommended when the curve is 50 degrees and you have nerve damage to your legs and/or bowel or bladder problems.

The goal of having a scoliosis surgery is to correct (i.e. straighten) the curve and to prevent it from progressing any further.

What can you expect from the surgery? Usually, it involves putting metal implants and rods into your spine. These implements reduce or eliminate the curves, and keep the spine like that until fusion occurs. (Fusion, according to the AANS, is the knitting together of the spinal elements.)1﻿

Adults who had scoliosis surgery a long time ago (i.e. 20 to 30 years) may benefit from revision surgery. Long spinal fusions, which were common years ago make for extra wear and tear and load on the vertebrae just above and below the fusion. This may lead to adjacent segment disease, where degenerative changes cause arthritis in discs, facet joints and/or ligaments. Revision scoliosis surgery may involve another fusion and decompression surgery, which is done to relieve pressure on nerves.


4
Scoliosis Treatment - Scroth Method
In the United States, most scoliosis treatment is centered around conventional medical treatment involving observation, bracing and/or surgery. But in Europe (and more recently in the U.S.), several physical therapy approaches, most notably the Scroth method, have provided much anecdotal evidence that a disciplined regime consisting of very specific exercises, bracing and lifestyle coaching may actually reverse curves in adolescents and adults.2﻿ The Scroth Method has enabled some people with large curves to avoid surgery.

5
Chiropractic as a Scoliosis Treatment?
A lot of people turn to chiropractic for scoliosis curve management. Sadly, many believe this treatment can straighten out their spines.

As far as evidence-based medicine goes, there's little if any proof that chiropractic is an effective scoliosis treatment. A 2013 review of studies published in the journal, Scoliosis, looked at a number of case series studies that reported decreased Cobb angles after chiropractic adjustments. But the studies were weak: Most involved adults whose curves were not in danger of progressing, and teen/adolescents whose curves were at low risk of progressing.3﻿

The review authors also suggest that the reported reductions in Cobb angle following the chiropractic adjustments could have well been temporary.